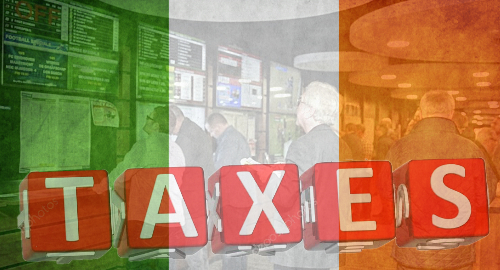 On Tuesday, the Irish government confirmed rumors that it was doubling its gambling tax from 1% of sports and race betting turnover to 2%. Betting exchanges will see their tax rise from 15% of commission from Irish punters to 25%. Both changes will take effect on January 1, 2019.

In a budget speech to Irish legislators on Tuesday, Minister for Finance Paschal Donohoe said the gambling tax hikes were “timely,” as it’s been 13 years since the government halved taxes to 1%. A condition of that tax cut was that bookies were to bear the full cost of the taxes themselves, and Donohoe failed to specify whether bookies will be permitted to pass some of the new increased tax burden on to their punters.

The Irish Bookmakers Association (IBA), which has seen 450 betting shops close its doors over the last eight years, represents around 700 of Ireland’s remaining 855 betting shops. IBA spokesperson Sharon Byrne said her group expected “around 300 shop closures” in the new year, with each closure taking “at least five” jobs down with it.

The Irish Examiner quoted Byrne not sparing the apocalyptic language, saying the new tax “will kill the industry” and the government’s tax hike would render Ireland’s retail betting business “extinct.” Byrne said “there is no preparing for this, this is the end, the end of our sector.”

With the new year now less than three months away, Byrne said the IBA would be calling “an emergency meeting this week” in order to strategize on how to convince the government that it had made a “huge, huge mistake.” Byrne said the first step would be “a full grassroots campaign” to educate Irish citizens on the economic ramifications of hundreds more shop closures.

The government has its own economic argument to make, claiming that the new tax will eventually bring in an annual haul of €51.6m, much of which will go toward propping up the perpetually cash-poor domestic racing industry. The tax hike was also pushed by a number of independent legislators whose votes are crucial to the ongoing survival of the Fine Gael-led government.

Paddy Power Betfair, which operates 261 betting shops in Ireland in addition to its Irish-licensed online operations, issued a statement saying the new tax will cost the company an additional €22.8m per year. Dublin brokers Davy estimated the change could trim PPB’s annual earnings by as much as 4%.