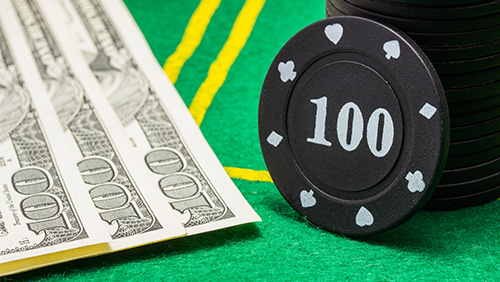 The World Poker Tour (WPT) has been busy lately. One of its stops was seen as a bold move—that of Houston, Texas—with no one able to predict the outcome. However, the WPTDeepStacks Houston $1,000 Main Event is now underway and, so far, there haven’t been any issues.

Poker is almost completely prohibited in The Lone Star State. An exception is made for poker rooms that operate without taking a rake from the players. They work through a membership model to circumvent the restriction and poker rooms have been popping up all over the state. They’re not without controversy, however, and opponents still try to accuse them of operating illegally, even though the law is on their side.

The WPT is the first major tournament operator to arrive in Texas. According to Global Tour Manager Angelica Hael, “We believe bringing WPT events to everyone, no matter the region, is important to the continued growth of the game of poker. WPTDS is committed to finding the best partners, and creating the best events, for players across the globe. Partnering with FreeRolls is a great opportunity to join with a player pool hungry for WPTDS events.”

The Main Event is now in full swing, hosted by the Freerolls Poker Club and held at the Palacio Maria Event Center. Instead of the players having to sign up as members, the poker club opted for an advertiser-supported model combined with a membership fee. The tournament attracted 790 entries and, as of this writing, there are only 69 players remaining. The event kicked off on September 26 and will find a winner on Monday. The prize pool easily surpassed $300,000 and could swell to as much as $400,000.

Across the giant pond called the Atlantic Ocean, the WPT descended on Marrakech on September 27 for the 2018 WPTDeepStacks Marrakech tournament. It is being held at the Casino de Marrakech and recorded 431 entries. It attracted several popular poker faces, such as Mathieu Papineau, Tobias Peters and Alex Sanchez, all of whom made to it the money in at least 15th place.

After working the final table, Jaouad Abida out of Morocco and France’s Francois Tosques were the last men standing. The two battled it out for what seemed like an eternity before things got interesting. On the last hand, Tosques bet big with K-8 and Abida, who was down in chips, moved all in with A-10. An 8 on the flop gave Tosques the advantage and he sealed the deal when a King appeared on the river. Abida picked up $74,325 for his runner up finish and Tosques took home a nice first-place prize of $106,178.