Home / Poker / WSOP day 45: Hastings, Wei and Polk (not that one) win bracelets 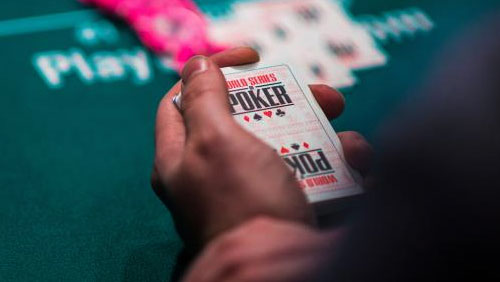 Another round-up from the World Series of Poker including Brian Hastings coming out of retirement to win his fourth bracelet, a man from China leaving behind his little one so he could win the Little One, and a man called Polk wins a sliver of gold.

Of course, this wiki definition of retirement doesn’t apply to poker players. Doyle Brunson is 187 years old and still manages to turn a profit. Christ, I can’t even remember my daughter’s name half of the time, and the old Brunson Burner is calculating double and triple barrel merge whatsits like an 18-year-old.

But I do think it’s time for a company like SolveForWhy to create a course on the meaning of the word ‘retirement’ because I don’t think poker players get it.

354 people entered the final mixed game event of the summer, and at the end of Day 1, it was the British mixed game star, Adam Owen, who led the final 152 players. Joining Owen in the chip counts were John Hennigan and Ben Yu, each looking to collect a few more Player of the Year (POY) points in the wake of Shaun Deeb‘s incredible second bracelet of the summer.

Day 2 ended with 19 left in contention for the bracelet.

Eight bracelet winners remained, and they weren’t ordinary bracelet buttercups, these were bracelet beasts with 26 of them hiding in trophy cabinets and WSOP goody bags all over the world.

By the time we reached the final table, four of them remained, including Hastings.

Lee Markholt eliminated the man the Poker Hall of Fame snubbed, Bruno Fitoussi, in a hand of Omaha Hi-Lo with Markholt’s AQJ4 beating the AA87 of the Frenchman, after flopping two-pairs to scoop. The three-time bracelet winner, Dutch Boyd, hit the rail in seventh, and this time it was Tim Marsters causing the damage in a hand of Razz. And Hye Park smashed into the cash desk in sixth. Jeff Madsen pushed him during a hand of Hold’em.

Hastings got rid of Markholt in fifth when his pocket treys ended up with a better hand than Markholt’s KJ in a game of Hold’em. Madsen was next. Once again it was Hold’em, with Hastings’ AK besting A9 over a five card sprint. And it was three in a row after Hastings took care of Marsters in a round of Omaha Hi-Lo.

The heads-up action saw Andrew Brown holding a 4:1 chip lead over Hastings but he refused to lay down and die. Hastings eventually took the lead during a hand of Stud, and he never let go of it, ended things during a game of Omaha Hi-Lo when his pocket tens faded the outs belonging to A952.

Hastings told PokerNews that the win was well-timed as he wanted to get married and buy a house. I would have thought Viktor Blom’s money would have taken care of those two minor issues.

Talk about putting the kibosh on a visit to the WSOP.

Not in Wei’s household.

Not only did Wei head to Vegas, so did his wife, leaving a babysitter to care for their little one back home.

Who would have thought someone would leave behind a little one so they could try and win the Little One?

They do say the Chinese love their gambling.

Unconventional as it may sound, it worked, if you call winning a WSOP bracelet, more important than parental bonding. Wei defeated 4,732 entrants to win the $559,332 first prize in the $1,111 Little One for One Drop.

It’s the fourth time someone from China has won a bracelet.

The event raised over half a million dollars for the One Drop Foundation.

Polk has no live record to speak of, but he must have felt good going into this one having cashed seven times in the series, including a 774th finish in the Main Event.

The event attracted 707 entrants, and Polk defeated the former European Poker Tour (EPT) final table stalwart, Fernando Brito, in heads-up action to take the title. Brito was making his third WSOP final table appearance of his career, and this was the closest he has come to a victory.