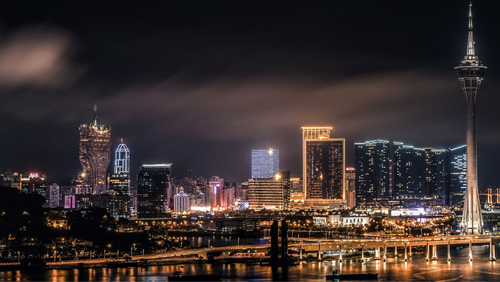 First-ever total casino closure aside, Macau has been “relatively spared” by the wrath of Typhoon Mangkhut.

On Monday, the Gaming Inspection and Coordination Bureau (DICJ) reported that Macau SAR’s gross gaming revenue (GGR) was up 2.8% year-on-year in September, totaling MOP21.95 billion (US$2.72 billion) compared to the MOP21.4 billion (US$2.66 billion) recorded in the same month last year.

The latest monthly tally brings Macau’s accumulated GGR for the first nine months of 2018 to MOP224 billion (US$27.86 billion), an increase of 15.9% compared to the prior-year period.

Last week, investment analysts adjusted their growth forecasts for September to 10% year-on-year in the wake of Typhoon Mangkhut, which hit the city state during the weekend of Sept. 15 and 16. Mangkhut, considered to be the world’s most powerful typhoon this year so far, saw the government shutting down all casino operations for 33 hours.

The damage brought by Mangkhut was “very slight,” according to Union Gaming analyst Grant Govertsen. However, “the period of time that was needed to get casinos back to normal extended well beyond” the September 17 re-openings, especially since that the typhoon’s damage in Hong Kong was “much more severe than in Macau.”

“Generally speaking, and the obvious Mangkhut-related slowdown notwithstanding, the outlook on current trends remains quite positive, suggesting to us that but for the 33-hour mandated closure and the knock-on effect for some period of time, GGR growth would likely have been quite close to our initial expectations of +14%,” Govertsen said in a note.

For October, the Union Gaming analyst forecasts a 7% growth to MOP28.5 billion (US$3.5 billion), thanks to “some benefit from deferred trips that were sidelined due to typhoon Mangkhut.”