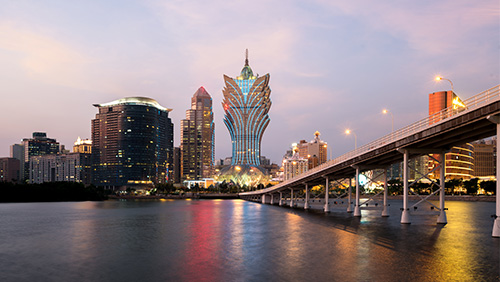 A couple of days ago, Macau’s casinos were ordered to close up shop as a result of Typhoon Mangkhut. The order came from the city’s Civil Protection Operations Center on Saturday, which told all casinos to “suspend all gambling activities” as of 11 p.m. that night. The devastating storm, which has already claimed dozens of lives across Asia, will more than likely result in a decrease in

revenue for September, as well as the third quarter of the year.

According to Union Gaming (UG) analyst Grant Govertsen, the gross gaming revenue for the month will more than likely be impaired by 500-700 basic points (bps). The Macau government has issued an all-clear for casinos in the city state to reopen effective 8 a.m. Monday. However, the gambling establishments have already lost more than 30 operating hours, which may result in lower numbers for the month.

Additionally, Govertsen points out that the growth rate for September was also reduced. Initially, UG had expected growth of around 14.7%, but the company now forecasts the growth to be between 7.7-9.3%. Third-quarter growth was lowered from 14% to 12%.

Govertsen says, “[I]t does not appear that Macau is facing widespread utility outages as was the case last year. This means that once given the greenlight to reopen by the DICJ, we believe virtually all flagship casinos can resume normal operations quite quickly. There does, of course, appear to be some flooding in the older low-lying districts of Macau (e.g. near Ponte 16 casino), as well as near the Macau ferry terminal, and even some road flooding in the Lisboa district, but we believe virtually all flagship gaming properties weathered the storm in significantly better shape than last year.”

He further pointed out, “…[G]iven massive amounts of flight and ferry cancellations in the region, it could take a day or so to get transportation back to normal, so we would also expect a slight negative GGR impact on Monday too. Given that the blanket casino closure happened on an all-important weekend day, which typically generates significantly higher GGR than a weekday, we expect that somewhere between MOP1.1bn [US$136.11 million] and 1.5bn [US$185.6 million] in GGR will be lost.”

Typhoon Mangkhut was a “signal T10” storm, the highest classification of the storms. It left more than 20,000 residents in Macau without power and caused flooding in several parts of the city.