While Typhoon Mangkhut may have caused a considerable amount of damage and loss of life, it doesn’t appear to have impacted greatly Macau’s gross gaming revenue (GGR). GGR growth forecasts have been lowered slightly, but September revenue is still expected to increase by as much as 10% year-on-year. 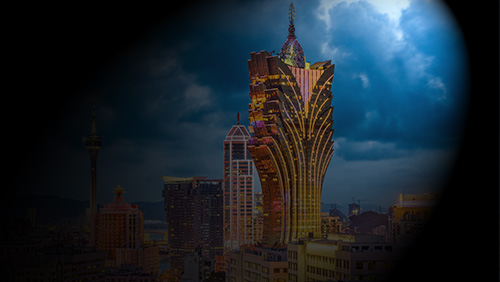 Two brokerage firms have released their forecasts, indicating that GGR will see a reduction of only a handful of percentage points compared to previous forecasts. Sanford C. Bernstein issued its forecast last Monday, stating that the GGR will be between $2.72 and $2.77 billion. This represents an uptick of around 3-4% than what was taken in 2017. Just after the typhoon passed through the region, Bernstein had predicted between 0-3% growth. The newest forecast is based on an increase in the average daily GGR expected for the last week of September.

Bernstein added in its note, “GGR growth over the last 18 months was boosted by a strong VIP growth trend, we continue to view the industry as a secular growth story driven relatively stronger mass growth over the longer run. This dynamic has become more apparent in the second quarter, as Macau has experienced deceleration in VIP growth relative to mass as higher-end customers were more impacted by concerns around the macro China environment.”

The typhoon spared the majority of the casino operations in the city. Bernstein analysts Zhen Gong, Vitaly Umansky and Kelsey Zhu pointed out that there was virtually no material damage to the casinos, in spite of the order by the government to shut down all gaming operations.

The analysts stated, “GGR this month had been impacted by Typhoon Mangkhut, which hit Macau during the weekend of September 15 and 16, with the closure of all casinos and disruptions to transportation in and out Macau. Macau casinos had been shut down by Typhoon Mangkhut for 33 hours. The damage from the typhoon to casino properties was immaterial, but GGR was impacted as a result of the weather, casino closures and transport disruption.”

Japanese brokerage Nomura, through its Instinet research division, also published its predictions last Monday. It indicated that Macau GGR for September would be around 10% more than September 2017. The firm added that the forecast would have been for a 15% increase year-on-year if it hadn’t been for Typhoon Mangkhut.

Instinet further explained that its latest evaluations show a reasonable recovery of volume following the typhoon, and that the volume will be supported by end-of-the-month demand.