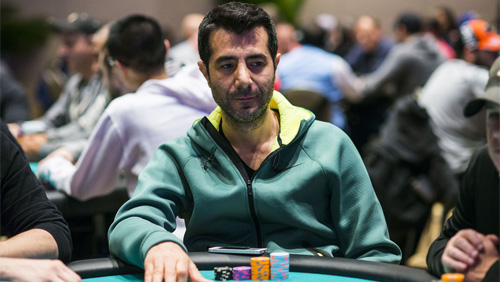 I’ve never been to Atlantic City. I guess I’m not a fully-fledged writer of poker – not quite yet, and maybe never. But in the summer of 2018, 260,000 more people ventured that way than they did in 2017, all hoping for a quicker win than working for it.

Business in the AC casinos has been booming in the past 12-months. Two more opened for business providing jobs for close to 7,000 more people, and gaming revenue was up by $54.8 million.

The Bull Mastiff is the Borgata, and last week the World Poker Tour (WPT) moved into its kennel and as usual caused quite a commotion.

The $3,500 buy-in, $3m Guaranteed WPT Borgata Poker Open attracted 1,075 entrants, easily beating the guarantee by $441,075. The story of the saga was a great run from the 2018 Poker Masters winner, Almedin Imsirovic, finishing ninth.

It would have been grand to see Imsirovic on the final table, but it wasn’t to be. In his absence were World Series of Poker Circuit (WSOPC) gold ring winners, Heartland Poker Tour (HPT) Champions, and two peeps who had been to the final table of this Main Event previously (Anthony Maio, 2014 & Liam He, 2016).

Erkut Yilmaz would bank the win, and take the $575,122 first prize and $15k seat in the Tournament of Champions after beating the experienced TK Miles in heads-up action.

The win is Yilmaz’s eighth of his career, and his WPT title will sit on his mantelpiece next to his WSOPC gold ring, dust and the odd stray hair. His two most significant scores before this one came in the World Series of Poker (WSOP). He finished 61st in the 2013 Main Event for $123,597, and sixth in the 2017 COLOSSUS for $175,208. Interestingly his heads-up opponent in this one finished fifth in the 2018 COLOSSUS.

Three other scavengers of poker trophies who ran deep in this one were Nick Pupillo (13th), Greg Himmelbrand (14th) and Maria Konnikova (20th).

Yilmaz takes the lead in the WPT Player of the Year race with 1,250,000 points, 50 points ahead of Simon Lam and Brady Holiman.

The WPT continues as I desperately hold my pee in, with events currently underway at Maryland Live and Paradise City Casino in Seoul, South Korea.

From a new WPT Champions Club member to a slightly older one, and Yevgeniy Timoshenko has put to bed his financial dispute with fellow friend and roommate Frank Gu.

Timoshenko sued Gu in March 2017 for $90,000 alleging rent arrears, loans, unpaid courtside basketball tickets, and the loss of $10,000 that went missing from Timoshenko’s bedside table during the time a friend of Gu stayed in Timoshenko’s absence.

Get that man a piggy bank.

Last week, the pair informed the United States District Court for the Southern District of New York to cancel the Sep 25 trial because they had resolved the dispute via arbitration.

Timoshenko has $7.7m in live tournament earnings, and won his WPT title in 2009 after defeating a field of 338 entrants, including a final table housing Bertrand “ElkY” Grospellier, Christian Harder, Shannon Shorr, and Scotty Nguyen to win the $2,149,960 first prize in the WPT Championship Event.

Erkut Yilmaz is the WPT Season 17 Player of the Year; Chan wins down under
Lee Davy
6 June 2019