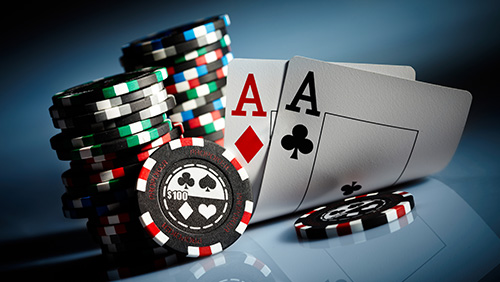 Three tales from the tongues of live events from around the globe including a victory at the World Series of Poker Circuit for Jerry Wong, a similar experience for Tokuho Yoshinaga in Macau, and a tournament donk luckboxing his way to a cash game title.

Halloumi burgers, brioche buns, chilli jam, vegan mushroom burgers, and rooibos and orange tea – hallmarks of an up and up cafe. No black teeth. The type of place that throws a blanket over your freezing genitalia as you sit in the garden, sipping something, hoping the wind and the rain would bugger off to France.

And yet I can’t see Jerry Wong’s Hendon Mob profile.

The former World Series of Poker (WSOP) November Niner hasn’t gone all GDPR on us, the cafe’s internet connection blocks you gambling related bits and pieces.

A few Chai Tea Latte regs look at the warning notice on my screen, mouths agape as if they have caught me accessing child pornography down Silk Road.

I bust out the 4G on my mobile.

Wong’s final table appearance came in 2016. He finished eighth for $1.1m, and since then he has won four titles. In the summer he made the final table of three $10,000 Championship events across a spectrum of poker variants.

The man has been eating his brioche buns covered in chilli jam.

On the weekend, Wong made it title number eight, all-time, with a breathtaking performance in the $2,200 buy-in No-Limit Hold’em High Roller at the World Series of Poker Circuit (WSOPC) event in Coconut Creek.

The event attracted 69-entrants, and Wong had half of the chips in play with five remaining and waltzed into his heads-up encounter against Mack Ham with a 19:1 chip lead.

“I would have quit if I had lost heads-up,” Wong told reporters after his win.

From Florida to Macau, and Tokuho Yoshinaga has taken down the Poker King Cup. The Venetian Macau Resort & Hotel acted as hosts, and the event attracted 69 entrants, twice as many as last year when Chung-chi Yu beat Phanlert Sukonthachartnant to win the $131,076 first prize.

The Japanese pro banked $180,472 after cutting a deal with his compatriot Takashi Ogura once heads-up. It seems the deck was tired and wanted to go to bed. The first hand of heads-up play threw up KK v KK for a split pot, and the second saw AQ beat pocket sixes when her ladyship turned up on the flop.

It was Yoshinaga’s second ever win, and the bounty doubled his entire previous ITM cash record. His previous best score was sixth in an Asia Pacific Poker Tour (APPT) event in Macau back in 2016.

Dave Lappin is a talented man.

Not only is he a multi-table tournament (MTT) maestro, podcast personality and Zach Galifianakis lookalike; it appears he can also play cash games, and win.

Lappin was in Bratislava for the Cash Game Festival because of his ambassadorial duties for the Swedish online poker outfit, Unibet, when he took down the title of Cash Game Festival Champ for amassing the most big blinds during a two table competition.

The Unibet Ambassador won €4,612 playing €5/€5 Pot-Limit Omaha for 832.8 big blinds, and alongside a trophy that now sits next to his Unibet DeepStack High Roller, and U10 Supplementary Cup Runner-Up awards, he also collected a €1,000 package for a future festival.

Lappin told PokerNews that he felt humbled for winning the trophy, before admitting he was nothing but a tournament donk that luckboxed his way to a Cash Game Festival title.