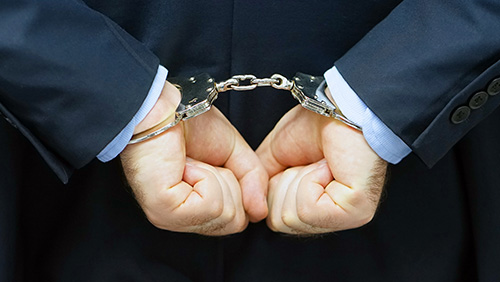 Boyaa Interactive has had a rough year. The China-based gaming company has seen its revenue fall steeply after regulators began prohibiting a large number of social games. That drop also saw its stock price plummet to a new all-time low. Now, the chairman and CEO of the company, Zhang Wei, has been sentenced to spend some time behind bars and the company has been

scrambling to find a suitable replacement.

Last Friday, Zhang resigned from all positions he held at the company. These included executive director, CEO, chairman of the board, chairman of the nomination committee and all other senior management positions. The resignation came after he was sentenced to 12 months in prison following the denial of an appeal stemming from bribery charges.

Zhang went in front of a judge with the Municipal of Intermediate People’s Court in May to answer to charges brought against Boyaa Shenzhen of offering “bribes by entities.” Boyaa received a fine of $364,667 (RMB2,500,000) and Zhang was sentenced to a year in prison, with a suspended sentence of 18 months. Upon being found guilty, Zhang immediately launched his appeal, which was denied last week by China’s Higher People’s Court.

According to a Boyaa announcement from last Friday, Dai Zhikang is set to replace Zhang as the board’s chairman. Tao Ying was tapped to be the company’s executive director, authorized representative and chairman of the nomination committee.

Boyaa’s second-quarter earnings fell 34.4% after China launched its crackdown on online gambling applications in April. In a sweep to rid the country’s landscape of gambling, regulators not only banned virtual games, but also determined that poker is no longer a competitive sport.

In its revenue filing for the second quarter, Boyaa said that the decline was due primarily to “the effect of regulatory risk regarding the market rumor of the implementation of the ‘Administrative Measures of Online Chess and Card Games’ by the Chinese government aiming to shut down Texas Hold’em poker games and prohibiting the operation of Texas Hold’em poker games starting from 1 June 2018.”

Boyaa also indicated that the number of players it saw for its mobile games in the second quarter was only 573,000, down from the 1.6 million it saw during the same quarter last year. Revenue from its Texas Hold’em application fell 30.7% in the period.