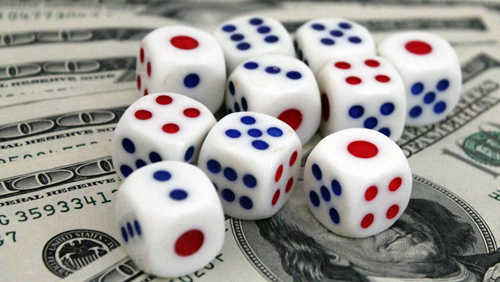 The American Gaming Association (AGA) has released figures for the year 2017, showing that the gambling industry contributed $261.4 billion in business sales to the U.S. economy in 2017, a 9.5% increase from 2014.

According to the AGA, which partnered with Oxford Economics in crafting the report, the amount of $261.4 billion made for $40.8 billion in federal, state and local taxes, including $10.7 billion of gambling taxes.

“The $40.8 billion of tax revenues supported by the gaming [industry] represents an injection into public budgets that pays for a range of services including public safety, hospitals and schools. In fact, total tax revenues… generated by the gaming industry are enough to pay for the salaries of approximately 692,000 teachers,” the report read.

Sara Slane, AGA senior vice-president of public affairs, said, “Since our last study in 2014, casino gaming has expanded into new markets, offered innovative new entertainment options and enhanced its position as a key contributor to local, state and federal economies.”

According to the AGA, the gambling industry supported 1.8 million jobs in 2017, up from 1.7 million in 2014, providing $74 billion of labor income, including wages, salaries, tips and benefits.

“The gaming industry supported more direct jobs than in other industries such as plastics manufacturing, or the motion picture and sound recording industry,” the AGA claimed.

Direct spending in the industry totaled $109 billion. Broken down, this consists of $89.4 billion in casino spending, $13.3 billion in ancillary spending by patrons on casino trips, and $6.3 billion of purchases from gambling manufacturers.

Of the $89.4 billion in casino spending, $55.7 billion was at commercial casinos and $33.7 billion at Native American casinos. 82% of the total figure was on gambling, and the rest on items such as food, beverages, lodging and entertainment.