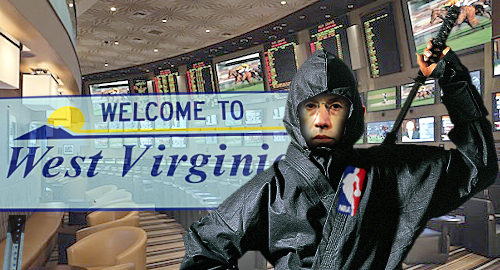 West Virginia’s sports bettors could have four local wagering options by the end of September, but state legislators fear plans are afoot to revive mandatory ‘integrity fees’ for betting operators.

On Monday, the West Virginia Gazette Mail reported that the state’s Wheeling Island and Mardi Gras casinos would be testing their sports betting technology between September 24-26, with grand openings of their sportsbooks planned for September 27.

Penn National Gaming’s Hollywood Casino at Charlestown Races launched the state’s legal betting business last month and the Greenbrier Resort’s Casino Club joined the betting brigade last week. The state has yet to witness the launch of its first mobile betting app, but these are tipped to be in the mail.

But West Virginia’s Joint Standing Committee on Finance spent most of its time Monday trying to figure out whether Governor Jim Justice – who owns the Greenbrier – and West Virginia Lottery officials were still pushing plans to offer the major sports leagues a cut of the state’s betting handle or require betting operators to use league-supplied data to judge wagering results.

West Virginia legislators emphatically rejected league efforts to include the fees in the state’s sports betting legislation or its ’emergency’ betting regulations. In May, Justice’s office claimed a deal had been worked out to allow individual casinos to work out commercial data deals with the leagues, but legislators expressed surprise at this news and saw no reason for any such deals to be included in the state’s permanent betting codes, which are still being finalized

Legislators appear to believe that Boyd has fallen out of favor with Gov. Justice for some reason, and efforts to get Buffington to confirm whether Boyd had been suspended proved inconclusive, as all Buffington would say was that Boyd was still employed by the Lottery although he added that the Lottery was “looking at concerns.”

Buffington did confirm that the leagues – in this case, the National Basketball Association, Major League Baseball and the PGA Tour – continued to press for the mandatory use of league-supplied data, which he claimed was “different than the integrity fee that has been talked about.” The leagues also want a say in what types of wagers are permissible in the state.

Any amendments to the emergency betting rules would require legislative approval, something for which Delegate Paul Espinosa told Buffington there was “virtually no support,” at least, not among legislators.

Following the hearing, West Virginia Gaming and Racing Association president John Cavacini said Buffington’s hair-splitting about what the leagues were seeking was “nothing new. It’s the same language. It’s a money grab by major league sports.”

The leagues’ original plan was to demand 1% of sports betting handle, a figure that equated to roughly one-fifth of betting revenue. In May, Gov. Justice claimed he’d bargained the leagues down to a 0.25% cut of handle, but gaming operators continue to question why the leagues deserve any cut, particularly after opposing legal wagering for decades.