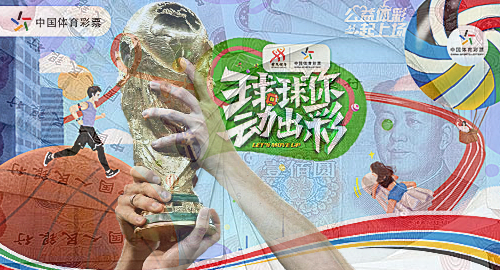 On Monday, China’s Ministry of Finance announced that overall lottery sales had hit RMB 54.4b (US$7.91b) in the month of July, a nearly 62% spike over the same month last year, as bettors raced to place their wagers on the second half of the 2018 FIFA World Cup tournament.

Both June and July’s lottery results benefited from bettors’ excitement over the World Cup, although July’s overall sales took a slight dip from June’s record result.

July’s sports lottery sales soared 117.5% year-on-year to RMB35.5b, although this was RMB4b lower than the sports lottery earned in June, which included the group stage of the World Cup tournament. Overall, ticket sales specifically related to the 2018 World Cup hit a record RMB46.34b, a nearly fourfold increase from the 2014 event’s returns.

For the year-to-date, overall lottery sales are up more than one-quarter to just under RMB300b ($43.7b). Sports lottery sales in the first seven months of 2018 are up 47.6% to RMB170.1b, emphatically usurping the once-dominant welfare lottery, which rose only 5% to RMB129.7b.

Despite the positive performance, China’s state-run lottery operations have been generating mostly negative press in recent weeks, including last week’s revelations of yet another senior official being investigated for suspected misuse of lottery funds, the fifth official to be publicly shamed in this fashion in just the past 18 months.

The central government in Beijing has also expended particular effort of late in stamping out digital lottery alternatives to the state-run business, which hasn’t allowed online lottery sales since March 2015 due to (you guessed it) senior lottery administrators’ seeming inability to keep their thieving hands out of the cashbox.