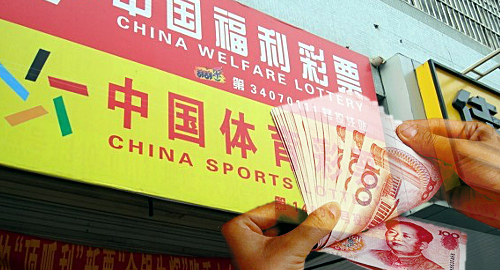 Try as it might, China’s sole form of legal gambling simply can’t escape allegations of corruption committed by the officials in charge.

This week, China’s Ministry of Civil Affairs announced that Wang Suying, the former director of the China Welfare Lottery Issuance Management Center, was under investigation by the ministry’s disciplinary inspection and supervisory departments for what was described as “serious violations of the [Communist] Party discipline.”

The 57-year-old Wang began working for the welfare lottery in 2008, eventually rising to director of the Management Center in 2015 before retiring in May 2017.

Wang is the fifth lottery official to have been accused of corruption in the past year and a half, including her predecessor at the Management Center, Bao Xuequan, and Bao’s former deputy Wang Yunge, both of whom were booted from the Party for abusing their positions for personal gain. Two other senior lottery officials were demoted for similar crimes in 2017.

In 2015, China’s National Audit Office announced that it had uncovered evidence of senior lottery officials misusing billions of dollars in lottery funds. Between 2012 and 2014, roughly one-quarter of the government’s take from lottery sales had been redirected from its intended destination (social causes) to fund officials’ purchases of property and other goods and expenses.

ECNS quoted Beijing Lawyers Association member Li Wei saying that the lack of transparency in how lottery funds are handled contributed to the spate of corruption among those tasked with overseeing lottery operations.

The lack of supervision of lottery activities contributed to the government’s 2015 decision to impose a ‘temporary’ suspension of online lottery sales, after Beijing concluded that many provincial lottery administration centers were permitting online lotteries to operate without registering the sales with the central government.

Earlier this month, China’s Ministry of Finance redefined the term ‘illegal lottery’ to include any welfare or sports lottery tickets “sold by the internet without authorization.” The statement followed a government warning to illegal lottery operators and their hosting networks of the government’s waning patience with unauthorized lottery activities.

These pronouncements were read as an emphatic ‘no’ to persistent rumors that the government was preparing to restart online lottery sales, although China’s official lottery website issued its own statement saying the government should “vigorously explore new ways of ‘Internet + lottery,” so China’s next move is really anyone’s guess.