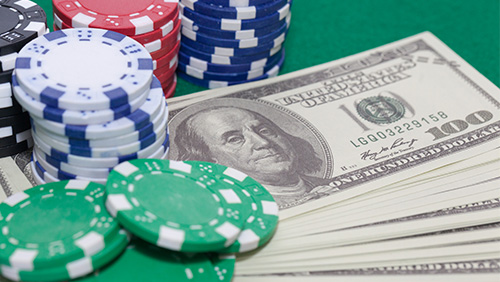 What started with 807 entries is now down to 25 at the time of this writing. The annual $2,500 buy-in WinStar River Poker series Main Event at the WinStar Casino in Oklahoma is winding down, with the winner expected to be announced today. It has been a successful tournament that has seen participation by a number of poker pros, with everyone battling it out for a piece of the $2-million prize pool.

Among the familiar faces have been Maria Ho, Dan Heimiller, Rainer Kempe and Ben Zamani, who took down the event last year. Unfortunately for these players, they were not able to survive into the final round.

Several players, including Mike Wang, Allen Kessler, Anthony Spinella and Alex Greenblatt, made it past Day 1b. Kessler would make it to 89th place before being eliminated for $4,460. Wang followed shortly after in 79th for $4,480, while Spinella and Greenblatt stuck around a little longer. Spinella took $6,280 with his 48th-place finish and Greenblatt exited in 41st for $6,980.

Wendy Freedman, who took first in the $365 NLHE WSOP Circuit event this past March and second in the $1,675 NLHE WSOP Circuit event last October, was able to survive even further. She got caught in the big blind looking for a miracle against Brian Green, but lost to a flopped full house to be sent to the rail in 26th place for $11,860. With that pot, Green now commands 1,150,000 chips.

Seven-time WSOP bracelet winner Men “The Master” Nguyen is still going strong. He finished Day 1b on a high note with 467,000 chips after taking down a three-way pot. His pocket Aces met pocket Queens and an A-K combo that helped him secure a position going into the final action. He’s since dropped several key pots and only has about half that amount, but he has been known to stage comebacks before.

WinStar had anticipated seeing at least 834 entries for the tournament. Since it didn’t reach its goal, it’s going to have to dig into its own pockets to cover the guarantee. The action wraps up today with the final table.