Home / Poker / 3 Barrels: Ivey has to pay up; Glazier does not survive; McCann $1m scam 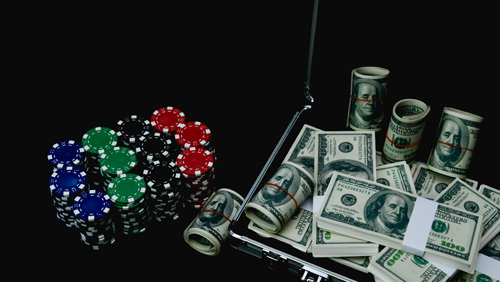 I used to have a training course that helps people that don’t want to drink alcohol. I changed it to a ‘Life-Changing Experience,’ when people started telling me that it changed their life.

Well, earlier today, someone asked me for their money back.

It didn’t change their life.

I returned the money.

It was the right thing to do.

But I didn’t have it.

I had spent it on cough drops, vegetarian sushi, and ice skating lessons.

The thought followed me around for days. It’s still there, tapping away like a woodpecker on woodpecker crack.

A few weeks ago, I told you how lawyers representing the Borgata were getting fed up with Phil Ivey’s stalling tactics in the $9.6m Borgata Edge-Sorting Case.

They wanted their money back. 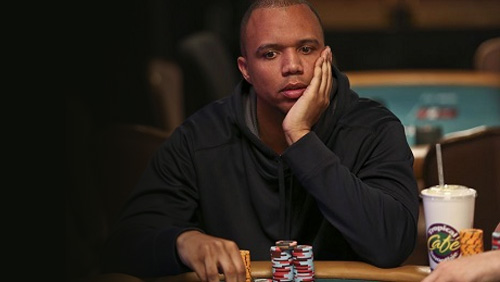 Ivey’s legal team were adamant that should their clients (I am throwing Ivey’s buddy Cheung Yin “Kelly” Sun into the same frying pan), pay back the full amount ($10.1m – Ivey went on to use his baccarat winnings to win half a million on the Craps table, as you do), then it would have a ‘devastating impact’ on their gambling careers, and cause ‘irreparable harm.’

At the tail end of last week, U.S. District Court Judge, Noel Hillman, made a decision, and once again, it did not fall on the side of Ivey. Hillman believes that Ivey and Sun should pay up, now. According to court documents, Hillman stated that neither Ivey nor Sun had given him any reason to suggest that they couldn’t return the money.

And so Ivey (I am not sure how the financial split works between him and Sun) has to repay the $10.1m.

The verdict is the latest in a series of Baccarat case hammer blows to the head for Ivey. It’s is the third such verdict he has lost against The Borgata after taking $9.6m from them in 2012. And he also suffered the same number of identical legal conclusions in the UK, after Crockford’s Casino refused to pay Ivey his £7m winnings from a 2012 session at Punto Banco.

Ivey sued Crockfords, and the case eventually ended up on the desks of the UK Supreme Court, where, summing up, Lord Hughes, said in a posh UK accent straight out of a Hollywood movie, that Ivey and Sun won the money using a ‘highly sophisticated system,’ that constituted cheating as they manipulated the croupier into fixing the shoe, so the pair could take advantage of the imperfections that run along the backside of Gemaco’s playing cards.

“The moment the cards had been changed, he {Ivey} abandoned the game.” Said Lord Hughes.

I won’t be surprised if Ivey has abandoned the game for life. 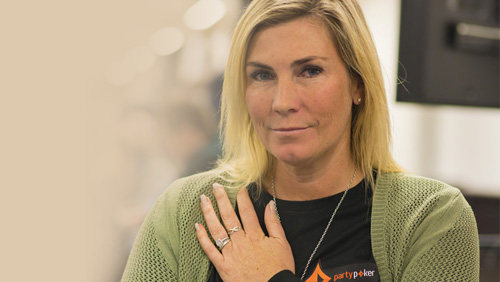 Ivey told Noel Hillman that he was using a ‘legitimate advantage’ to gain an edge over the casino – not cheating. Jackie Glazier did the same in Australian Survivor: Champions v Contenders, and just like Ivey, the move didn’t bear fruit.

Glazier has lost her place in the Australian reality TV Show. The 44-year-old, World Series of Poker (WSOP), bracelet winner, exited on Day 26 of the 50 Day challenge. Glazier is the 11th contestant to be voted out from a starting field of 24. The winner will bank $500,000.

Speaking to the press after her eviction, Glazier said she felt incredibly ‘blessed’ to play the game, and despite hating to lose, she respected the decision of her tribe, who evicted her.

Interestingly, nobody on the show knew Glazier was a professional poker player. Instead, they believed she fiddled with Rubik Cubes for a living. The fact that everyone fell for the ruse has gotten me thinking that Glazier’s shot at winning was a lot closer than I initially thought.

A former financial controller of CardPlayer magazine is facing 23 counts of theft, and one count of unlawful acts regarding computers, after the company alleged, she stole more than $1m from their during her time there.

The Shulman’s (Allyn Jaffrey & Barry) hired Shelby “Anna” McCann via a headhunting service back in 2011, and according to press reports, is alleged to have started stealing almost immediately.

The Schulman’s said they only realised the money was gone when there was no more money.

The pair purchased the magazine in 1998, but things went south thanks to Black Friday, circa April 2011. McCann resigned in 2016. Back to that District Attorney again, and he said that McCann sent $22,000 from Cardplayer to a crowdfunding campaign she created to help with an adoption. Bizarrely, McCann and her husband began another crowdfunding campaign to pay for her estimated $20,000 legal fees.