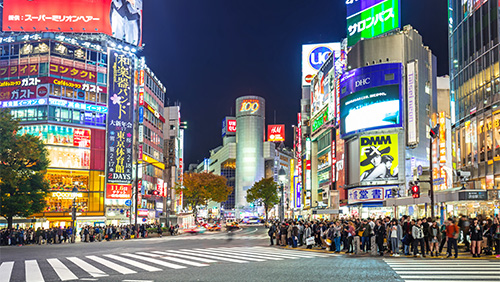 According to the Japanese media outlet Nihon Keizai Shinbun, there are now almost 40 municipalities in the country that are interested in joining the bidding process for Japan’s recently approved integrated resort (IR) market. It’s going to be a tough competition, however, as only three IRs are expected to be authorized in the initial round. Any additional IR approvals won’t

come for another five to seven years following the launch of the first three.

Earlier this month, Japan’s Cabinet held an “IR Explanation Meeting” with local governments and tourism officials. The turnout was better than expected and the licensing process is going to be more arduous than originally anticipated.

The Cabinet stressed in the meeting that the government wants to move quickly on selecting the finalists for the first three IR locations. If a municipality wants to be considered, it is going to have to start making preparations immediately to ensure that its bid is accepted properly.

Many anticipate that some of the municipalities will back off and decide not to try for an IR during round one. However, as indicated by the media outlet, there was little indication that so many municipalities were interested in being considered.

There are several municipalities that are considered to be a definite location for one of the first IRs. Osaka is consistently mentioned as being at the top of the list and the region’s governor, Ichiro Matsui has been pushing the country to speed up the IR location process. Other locations include Tokyo and Yokohama.

Even after the country’s Diet makes its decision on where the IRs will be located, it will still be a number of years before gambling is seen in Japan. Following the choosing of the locations, the casino operators will bid for a license and many, such as MGM, Sands and Melco, have wasted no time schmoozing the municipalities, especially Osaka. According to reports, 11 casinos have held a combined 199 meetings with Osaka’s governor since May 2017.

Once the operators are chosen, the casino designs have to be approved, which could take several months. Then, construction begins and could take four or five years—longer if Imperial Pacific is allowed to build.