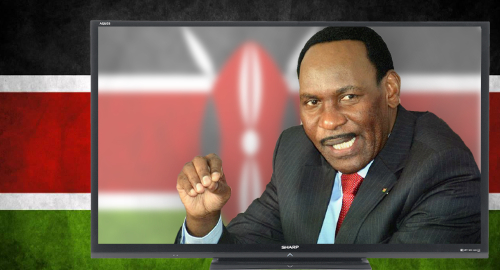 Kenya’s gambling operators may yet receive their long-awaited tax relief while possibly facing new restrictions on their ability to market their operations.

On Sunday, Kenyan media outlet The Star reported that the Kenyan parliament’s National Finance and Planning committee had recommended reducing the 35% uniform tax on all gambling revenue to 15%, while also cutting the 25% share directed towards social causes to 5%.

Media reports from June had already signaled the committee’s intentions to reduce the tax, but that effort was attached to the Tax Laws (Amendment) Bill 2018 while this latest plan is attached to the Finance Bill 2018. Regardless, the proposed reduction in social cause funding won’t win the already vulnerable gambling sector any brownie points from the general public.

The 35% tax rate was imposed on January 1, despite betting operators arguing that the new rate would cut their margins by nearly half. Some operators opted to curtail their local operations while others like SportPesa withdrew their significant sponsorship of local sports. SportPesa has since renewed some of these deals, albeit at reduced rates.

The Star’s latest report made no mention of the plan to impose a 20% tax on gamblers’ winnings that was floated earlier this year. In June, the National Finance and Planning committee had suggested cutting this tax in half.

Meanwhile, the Kenya Film Classification Board (KFCB) is now threatening to impose a gambling advertising ban between the watershed period of 5am to 10pm. As with other nations’ advertising restrictions, the idea is being pushed as a way to protect children from becoming raving gambling addicts.

The Nairobi News quoted KFCB CEO Ezekiel Mutua (pictured) saying his organization will be “stern” with media outlets that continue to air gambling ads during the watershed period. Mutua put all media houses on notice that legal action would be forthcoming unless they agreed to toe the line.