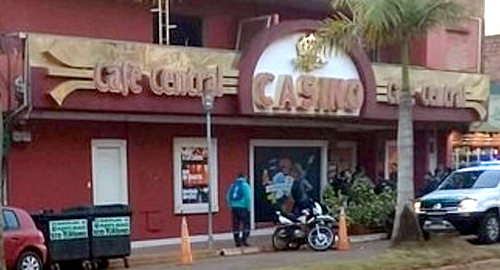 This week, Argentine media reported that police had raided a number of casinos and hotels in Puerto Iguazú, near the ‘triple frontier’ intersection of the borders of Argentina, Brazil and Paraguay. The raids were part of an ongoing investigation into the activities of Assad Ahmad Barakat, a Lebanese national with alleged ties to Hezbollah.

Last month, Argentina’s Financial Information Unit (UIF) froze the assets of Clan Barakat, a group associated with Assad, who has been designated a terrorist financier by the US Office of Foreign Assets Control (OFAC).

Barakat and 13 other individuals linked to the Clan reportedly paid hundreds of visits to Casino Iguazú over the past few years. One Clan member, Assad’s cousin Hassan Ali Barakat, reportedly made 620 border crossings during that span. All of the individuals cited in the reports reside in either Brazil or Paraguay and none appears to have any business interests in Argentina.

The Clan members reportedly crossed the border into Argentina bearing large sums of cash that they exchanged for chips at the casino, then cashed out after minimal play and carried the newly laundered cash back across the border without declaring the sums, either coming or going. Authorities estimate that the Clan may have laundered over US$10m via this method.

It remains unclear what level of complicity the casino – or its parent company HCI SA, which owns numerous other casino and hotel operations in the region — may have had in the Clan’s alleged money laundering activities.

However, this week, US Financial Crimes Enforcement Network (FinCEN) director Kenneth Blanco told attendees at the 11th Annual Las Vegas Anti-Money Laundering Conference and Expo that “reporting by a casino in Argentina helped piece together” the investigation into the Clan’s activity.