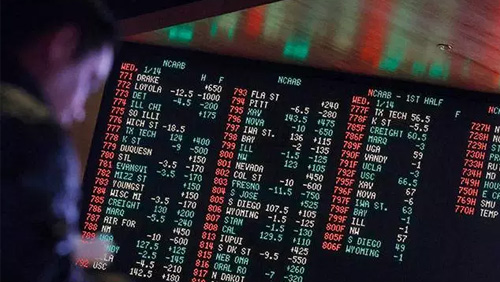 UK-listed bookmaker William Hill Plc. is about to give GVC Holdings a run for its U.S. dollars, after it recently signed sports betting agreements in the states of Mississippi and West Virginia.

Subject to regulatory approvals, the Hills estimate its sports betting offerings to go live by the end of August.

William Hill CEO Philip Bowcock said newly signed agreements in the states of Mississippi and West Virginia were tangible proof of the company’s goal of cementing their presence in the United States.

Currently, the Hills operates an estimated 107 books in Nevada and a race book in Iowa. The British wagering firm also has a sports betting presence in Delaware and, most recently, in New Jersey, where it is planning to roll out a mobile app in the coming weeks.

The Hills also joined forces with New York-listed gaming and lottery supplier International Game Technology (IGT) for the Rhode Island Lottery Sports Betting RFP. Bowcock said William Hill US was also in advanced discussions with operators about deals that cover casinos in a further 14 states in the U.S. about similar sports betting agreements.

“It has been an excellent start for us since PASPA was overturned. We have built on our existing business in Nevada, which is growing, and in Delaware, where we are risk manager for the entire state. We expect to be market leader in Mississippi with these 11 casino agreements,” Bowcock said in a statement.

The Hills chief forecast that the wagering firm’s operation in U.S. might surpass its business in the UK, where it posted a loss of £820 million ($918.13 million) in the first six months of the year. He blamed the losses to the UK government’s clampdown on fixed-odds betting terminals (FOBT).

Unlike in the U.S. where they were in a hiring spree, the Hills warned that they might fold up to 900 betting shops and layoff thousands of employees as a result of the FOBT clampdown.

“In time, yes, depending on regulation, our U.S. business could be bigger than the UK,” Bowcock told The Guardian. “The U.S. population is seven times that of the UK and they like to gamble more, I think. Gambling is seen as part of everyday life, you’re not a social pariah if you enjoy it.”