Gambling and the Law: SCOTUS in the PASPA sausage factory

“Laws are like sausages. It’s better not to see them being made.” -Otto von Bismarck

On December 4, 2017, the Supreme Court of the United States heard oral arguments in the New Jersey sports betting case. Almost every Justice was actively involved in the questioning, which touched upon everything from obscure statutory interpretation to the importance of states not controlled by the federal government.

The case revolves around a statute, the federal Professional and Amateur Sports Protection Act, which is unlike any other act of Congress passed before or since. Worse, New Jersey’s attempt to get around PASPA involved its State Legislature passing a law that no other state had ever even considered. 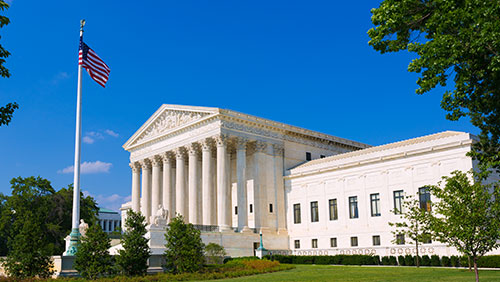 PASPA was enacted in 1992 in response to state lotteries in Delaware and Oregon taking bets on National Football League games. For the first time in American history, Congress took away the power of states to decide for themselves their public policy toward gambling.

When the voters of New Jersey amended their State Constitution and the State Legislature passed enabling legislation to legalize and regulate sports betting, courts naturally found this violated PASPA.

But then, in a creative workaround, the State Legislature simply eliminated all laws and regulations against sports betting, in casinos and racetracks. The lower federal courts ruled that New Jersey had to keep sports betting a crime.

The arguments in the Supreme Court were confused, in part because the parties have switched their positions from when Christie II was argued in the lower courts. New Jersey’s original argument was that decriminalizing was not on the list of acts states were forbidden to take under PASPA. The state was not attempting to “sponsor, operate, advertise, promote, license or authorize” sports betting.

But New Jersey’s lawyers now realize that allowing anyone to take bets without any regulation is not such a good idea. Interestingly, it was the Trump Administration’s lawyer who now argued that the state could repeal of all anti-gambling laws. So, much of the discussion revolved around whether New Jersey could repeal part of its bans on sports betting. Of course, that is what it actually did, since sports betting is no longer a crime, but only in casinos and tracks.

So what, the Justices asked, is the federal policy here?

Unfortunately, the lawyer for the NCAA, Paul D. Clement, gave a factually incorrect response. He asserted that the federal government had a public policy against sports betting that was illegal under state law, citing the Wire Act. In fact, the Wire Act also applies to gambling that is legal under state law, but none of the Justices or lawyers seemed to know that. And even if the federal policy is against sports betting made illegal by a state, this entire case is about a state wanting to make sports betting legal.

Kennedy made it clear he does not think there is a federal policy here at all, and asked whether there was any other federal statute that prohibited state action without a federal policy.

Sotomayor raised the interesting, though really irrelevant argument that Congress can regulate states, if the state is conducting commercial activity. This led to questions about whether it is enough that the state is making money from licensing. The answer should be no; only if the state were running the sports books itself would there be state commercial activity. Otherwise, everything that a state licenses, from casinos to drivers licenses, could be regulated by the federal government.

Chief Justice Roberts, who cares a lot about his reputation in history, tried to thread a political needle by focusing on PAPSA’s prohibitions on individuals taking sports bets. Everyone agrees Congress has the power to make interstate sports books a federal crime. But that does not solve the problem here, where Congress expressly ordered the states to keep in place state criminal laws.

Kagan focused again on the limits of federal pre-emption of state laws. She did not think PASPA meets whatever test there is for such a pre-emption.

Trump’s lawyer first made the straight-forward statutory arguments that a repeal of all prohibitions on sports betting is the same as authorizing sports betting in those locations; and authorization is not allowed by PASPA. Breyer agreed. As did Gorsuch, who noted that New Jersey did appear to be violating PASPA, because the state restricted sports betting to 12 regulated locations. He specifically mentioned that the case could be decided solely on the meaning of the statute, eliminating the need for a major constitutional decision.

But when the lawyer for the United States was then asked whether Congress could always tell the states what they can and cannot do, he got into trouble by arguing that some issues surrounding gambling are so unimportant that they are de minimis and of no interest to the federal government. For some reason, he decided to use minimum age as an example, stating that the federal government would not care if a state allowed 12-year-olds to gamble in casinos.

Roberts was genuinely startled at such a bizarre statement.

Probably the weirdest part came when Sotomayor raised the question of whether the case could be resolved by upholding PASPA and New Jersey simply not enforcing its criminal laws against sports betting. That argument died a quick, merciful death.

Like so much of the oral arguments, it was like they were talking about a different set of facts, where New Jersey was licensing and regulating sports betting, not merely trying to decriminalize it.

It is always difficult to predict a Supreme Court decision based on oral arguments; although, it is clear that at least six Justices don’t like PASPA. The conservatives and one or two of the liberals appear ready to declare PASPA unconstitutional in full, because Congress required states to pass laws against sports betting without a coherent federal regulatory policy.

I believe that at least five and perhaps six or more of the Justices will rule that Congress does have the power, under the Interstate Commerce Clause, to regulate and even outlaw sports betting. But in the absence of a coherent federal policy, let alone a comprehensive regulatory system, the states are free to deal with sports betting as they wish.

Which means we will have a dozen states with legal, regulated sports betting by next year.