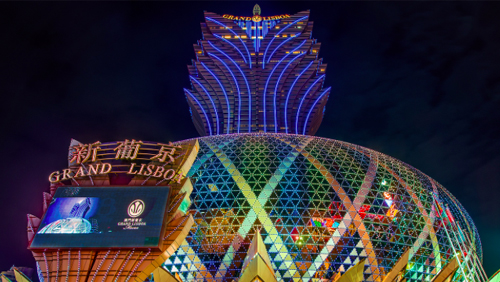 Profits of Macau casino operator SJM Holdings Ltd. jumped 56.8 percent in the first half of 2018 on the back of mass market strength of its self-promoted casinos.

SJM’s adjusted earnings before interest, taxation, depreciation, and amortization (EBITDA) for the six months ending June 30, 2018 also remained robust, growing by 29.9 percent to just under HKD2 billion (US$254.8 million) from the prior year period. Its adjusted EBITDA margin was also up 11.4 percent in H1 2018 from 9.8 percent in the first six months of 2017.

The casino operator attributed the profit rise to the strength of its mass market, which comprised 52.2 percent of the group’s total GGR. Data showed that SJM’s mass revenue climbed 13.3 percent to nearly HKD11.49 billion (US$1.46 billion) in the first half of 2018 from HKD10.14 billion (US$1.29 billion) in the same period last year.

The company operated a total of 1,408 mass-market gaming tables in its casinos as of June 30, compared with 1,424 mass-market tables six months earlier.

However, Macau Gaming Inspection and Coordination Bureau noted that SJM’s market share in Macau dipped to 15.1 percent in the H1 2018 from 16.7 percent in the same period last year.

Despite the market share slip, SJM’s gross gaming revenue continues its stellar performance, led by SJM’s flagship Casino Grand Lisboa, which saw its GGR grow 8.1 percent to HKD7.9 billion (US$1.01 billion) in H1 2018 from HKD7.36 billion (US$937.65 million) in the first six months of 2017.

Revenue derived from its 16 satellite casinos grew 10 percent to HKD11 billion (US1.4 billion), according to SJM.

“This was SJM’s best performance relative to the market in nearly three years (both in terms of total GGR, and more importantly in terms of mass GGR). At the segment level, and looking at the whole of 1H18, the best performing mass numbers were at the company’s flagship Grand Lisboa (+18%) and the satellite casinos (+13%),” Union Gaming analyst Grant Govertsen said in a note.