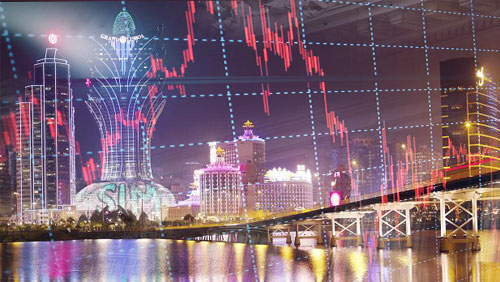 According to a report published by brokerage firm Sanford C. Bernstein Ltd. last Friday, SJM will see its share of gross gaming revenue (GGR) in Macau continue to shrink next year. This is in spite of the company’s first resort to be opened in Cotai in 2019, the Grand Lisboa Palace (GLP).

The authors of the report, financial analysts Zhen Gong, Kelsey Zhu and Vitaly Umansky, said, “While we forecast a resumption in EBITDA [earnings before interest, taxation, depreciation and amortisation] growth and margin expansion after Grand Lisboa Palace opens, in the mid-term, we expect SJM’s share in GGR will continue dropping, to an estimated 14.1 percent in 2019 and share in EBITDA will drop to 4.6 percent.”

The GLP, which is reportedly costing SJM US$4.6 billion to complete, is expected to open in the latter half of 2019. SJM CEO So Shu Fai said in June that the casino would help the company recover some of the losses it has seen in the market share. However, this view is not supported by Bernstein.

Sanford Bernstein commented in the report, “Based on our research into the current phase of development, our view is that [the Grand Lisboa Palace] opening will more realistically be late 2019 and potentially spill over into early 2020.” Due to this, the broker added, “More importantly, due to the high construction cost of the property and low return on investment in the first few years after opening, we foresee poor value creation for the Grand Lisboa Palace compared with other new Cotai properties.”

The GLP is also going to be threatened by Wynn Macau, which will have been operating for a minimum of three years when GLP opens. According to the analysts, “Based on [Grand Lisboa Palace’s] current capex [capital expenditure] budget, its construction cost per room is one the highest among the new properties in the Cotai area, reaching to Wynn Palace level. But it would be difficult for the room quality to reach that of the Wynn Palace.”

A “lack of cost controls” in the GLP project were also identified as issues by the analysts. The report points out that it’s possible the casino won’t be able to adhere to the launch schedule and the analysts “would not be surprised if costs rise from current estimates.”