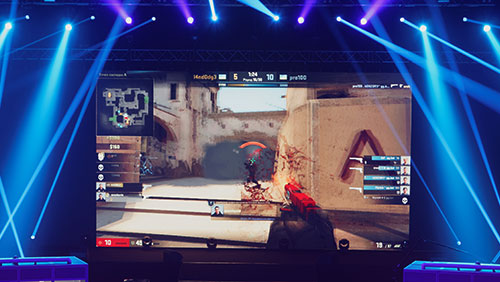 League of Legends developer, Riot Games, has begun conversations with 300 cities, after putting the European League of Legends Championship Series pitch out to tender in a bid to improve value for the fans.

If you had the choice to hold the FIFA World Cup in the USA, Australia, Japan, South Korea or Qatar, where do we end up?

It’s not an easy choice, right?

But there is a process of elimination that can make it a little easier. You start by removing the countries where it would be obscene to host a World Cup, and in that case, the first country scratched off the list is Qatar. And yet the FIFA chose to give the 2022 World Cup to that very nation.

Let’s hope Riot Games and the European League of Legends Championship Series (LCS) can do a better job.

The gambling industry is in a good space.

It’s not often that a new sport rises through the macaroni, demanding parmesan shavings, but it’s happened over the past few years with esports. The stars of the digital world are becoming as famous as Cristiano Ronaldo, Rafael Nadal and Maria Sharapova. The top European leagues in games such as League of Legends (LOL), Counter-Strike: Global Offensive (CS: GO), Overwatch and Dota 2 are estimated to be worth more than $906 million, 38% growth YoY (according to data crunchers NewZoo).

When you have competition you have a desire to gamble, and the software analytics company Narus, and data sorters Eilers & Krejcik Gaming have estimated that the esports gambling industry will be worth $6.7b by the end of the year, £13b by the end of 2020, and that’s despite only four states currently offering legal sports betting in the not so United States of America.

So, when, Riot Games announced plans to switch gears and invite cities to tender for the right to host European LOL roadshows, the gambling industry should be smacking its lips.

In an open letter to their fanbase, Riot Games informed everyone that they had approached more than 300 cities with a view of selecting the most suitable to host LCS events.

The plan is to select four, confirming the 2019 & 2020 roadshow venues by the end of the year, and the spring and summer festivals at the beginning of 2019.

Riot Games got the idea from traditional sports like football, who give the pitching work to the cities, who then come forward with a strategy to provide the best venues, internet infrastructure, sponsorship opportunities, and everything else the LCS needs to ensure their fans are kept sweet. In fact, one of the benefits of this move is to allow LCS fans to book trips in advance, as metrics show that LCS fans travel outside of their home city to attend events.

The move is incredible, showing the confidence that the esports industry has, and once again confirming that the sport is well on its way to becoming one of the most popular sports in the world.

This year the Summer Split Finals are heading to the Palacio Vistalegre in Madrid. The venue can cram in more than 14,000 fans. The dates are Sep 8 and 9.