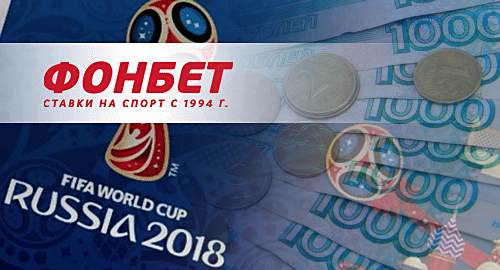 Russian bookmakers were among the top television advertisers during the 2018 FIFA World Cup, while one local politician wants to send individuals who promote illegal online casinos to Siberia.

Local media outlet Sostav.ru reported this week that Russian-licensed bookmaker Fonbet was the top television advertiser during the World Cup, accounting for 18% of all advertising placements and 8% of overall ad minutes, outstripping even the tournament’s official sponsors Alfa Bank, Kia, Coca Cola and Adidas.

Not to be outdone, bookmakers Winline ranked fourth on the overall World Cup TV advertising chart, accounting for 7% of all ad placements but 23% of ad minutes. Liga Stavok was the third-highest bookie, placing 21st overall, albeit with a comparatively tiny 1% ranking in both ad placements and minutes.

All told, Russian bookmakers accounted for 26% of all World Cup TV ad placements and 32% of minutes. These figures appear to be in direct violation of the 2017 rules that limited bookmakers to 20% of the total allowable advertising time in sports broadcasts. Fonbet insists that it booked seven 30-second spots on each World Cup match broadcast on Channel One and Russia-1, which it claims were within its limits.

Regardless of whatever sanctions might arise from this apparent rule-flouting, the World Cup was an unqualified win for Russian bookies, who reported combined betting turnover of up to RUB250b ($3.95b) during the month-long tournament. Fonbet marketing director Alina Yakirevich told Sostav that the company’s turnover was twice that of the 2017-18 UEFA Champions League tournament.

THE GULAG ARCHIPELACASINO
Meanwhile, the recent spate of Russian celebs using their star power to promote illegal online casinos has one local pol calling for these stars to be sent for “mandatory correctional labor.”

On Tuesday, MSKagency.ru reported that Eduard Isakov had risen in the upper house of Russia’s parliament to declare that “well-known public television presenters, musicians, actors with a huge youth audience” were promoting illegal online casinos via YouTube and social networks, “telling tales” of how easy it was to make big lots of rubles.

Last week, the leader of the Youth Parliament of the State Duma asked the grownup government to punish local rapper Guf for promoting Curacao-licensed online casino Azino777. A different Russian rap star has promoted the same site in other popular online videos.

Isakov complained that the maximum existing punishment for promoting illegal gambling was a fine of RUB2,500 ($39), which Isakov noted was “not commensurate with the royalties” that celebs receive from the sites for their endorsement.

Isakov suggested a “multiple increase in fines” along with a spell on the chain gang. “A minute in the video, these actors worked with the language, and then 15 days, let them work with a shovel.”