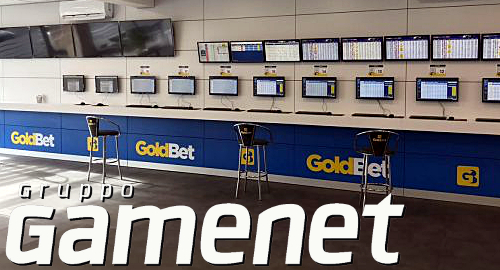 On Tuesday, Italian media was abuzz with news that publicly listed Gamenet Group Spa had reached a deal to acquire Goldbet for an upfront price of €240m plus up to €25m in top-up payments depending on certain criteria.

Gamenet’s addition of Goldbet’s 990 Italian betting shops will create a combined retail footprint of around 1,700 shops, equaling roughly 21% of the country’s retail sports betting market. The combined entity would also control 7% of Italy’s online betting market and a one-third share of the lucrative virtual betting sector.

Gamenet CEO Guglielmo Angelozzi called the deal “a further significant dimensional leap” for his company, following the 2016 absorption of Intralot’s Italian operations. The Goldbet deal, which is expected to close no later than Q4, “allows us to assume a position of leadership” in Italy’s gaming sector, particularly in sports and virtual betting.

Goldbet CEO Paolo Bausano was equally enthused about the deal, calling it “a major opportunity” for both companies. Bausano said he would be staying on to ensure “continuity” at Goldbet’s operations while “at the same time developing new projects for ambitious joint growth.”

This union comes at a tumultuous period for Italy’s gambling operators, thanks to the new coalition government’s plan to prohibit all gambling advertising and sponsorships effective January 1, 2019. Italy’s parliament is currently mulling hundreds of proposed amendments to the government’s so-called Dignity Decree, with the Chamber of Deputies expected to debate the Decree’s final text later this week.