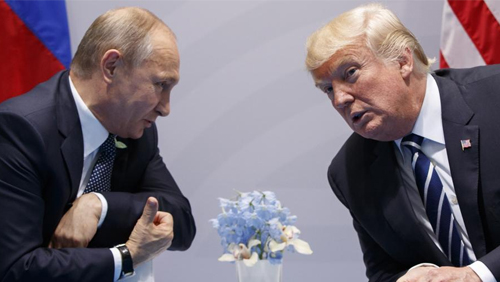 U.S. President Donald Trump is back on every punter’s radar following his Helsinki summit with Russian President Vladimir Putin, according to Irish bookmaker Paddy Power.

Yahoo News UK reported that Paddy Power noted a sudden change in the odds of Trump being impeached after his refusal to denounce Russia’s interference in the 2016 U.S. election at a joint press conference with Putin.

From 8/1, the Irish bookmaker said that Trump became a favorite for impeachment with 2/1 odds. More punters believe that it is likely for Trump to get the boot this year with odds going from 12/1 to 2/1.

“After the carnage of the last few days, we’ve seen plenty of punters Putin money on Trump’s impeachment again—although I’m sure they’ll soon get a message, in Russian, urging them to stop,” a Paddy Power spokesman told the news outlet.

Oddsmakers at Bodog showed a similar grim future for the Trump administration. The online sportsbook said the odds for impeachment were now at -200.

Trump’s trip to Europe turned out to be a major political nightmare, starting with the president’s scathing remark that close ally Germany was a ‘captive of Russia.’ Trump also called members of the North Atlantic Treaty Organization (NATO) alliance “delinquent” in their defense spending.

He also undermined British Prime Minister Theresa May’s softened stance on Brexit, warning that the U.S. would no longer proceed with its free trade deal due to her position. Of course, Trump saved the best controversy for last during his meeting with Putin, telling everyone that he didn’t see any reason why Russia would interfere in the elections even if U.S. intelligence said so.

However, Trump’s remarks questioning his own intelligence agencies didn’t sit well among fellow Republicans and usual Trump critics, which they found “treasonous.” The president was forced to reverse his position on the Russian meddling the following day, saying that he had “misspoken” during the news conference.

Ganapati appears to be falling apart
Derek Tonin
11 hours Ago