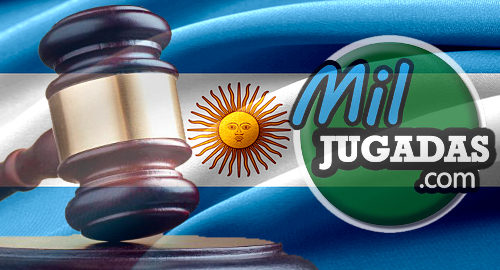 Argentina has handed down its first conviction of an unauthorized online gambling operator, in what local prosecutors hope is the first of many such actions.

Last week, local media in the province of Buenos Aires reported that Judge Rodolfo Ariza Clérici had sentenced Quinton Gregory Marshall to three years in prison for his role in operating multiple online gambling sites linked to the Miljugadas brand.

The Miljugadas sites were shut down one year ago after the Buenos Aires’ Public Prosecutor’s Office accused Marshall and several other individuals of offering gambling to the province’s punters without permission from the government-owned Loteria de la Ciudad. In January, Marshall and three other individuals were ordered not to leave the country ahead of their court proceedings.

Fortunately for Marshall, Judge Clérici agreed to suspend his prison sentence based on his lack of prior convictions. Marshall has agreed to a number of restrictions regarding his actions and movements, and failure to comply with these restrictions will result in enforcement of his custodial sentence.

Public Prosecutor Martin Lapadú celebrated the “unprecedented” conviction, calling it “a great incentive to deepen the investigation of more than 180 cases of illegal websites, for which we already obtained more than 130 court orders” requiring local internet service providers to block the offending domains. Lapadú name-checked Spingol.com and Misionbet.com as domains that have been similarly targeted.

Lapadú further claimed that his office had “achieved the blocking of credit cards, virtual wallets and bank accounts, with more than 450m pesos (US$16.1m) embargoed.” Lapadú said that the seized funds will go toward responsible gambling programs in Buenos Aires.

As mentioned, Lapadú has targeted Misionbet.com.ar, a site run by the Provincial Institute of Lottery and Casinos of the State Society (IPLyC) in the province of Misiones. On Friday, the head of the IPLyC said that case had been closed in June and his group “has no pending issue with Buenos Aires justice” after Misionbet agreed to geo-block Buenos Aires punters.

Argentina’s federal government has attempted to impose a nationwide online gambling regulatory structure, although little progress has been made on this front, much to the detriment of the national government’s tax coffers.