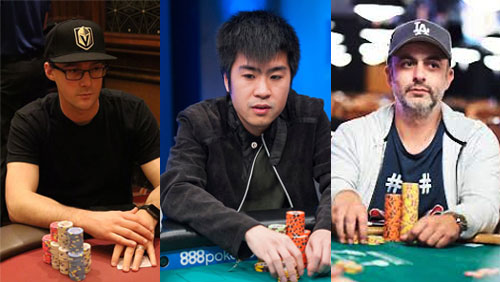 Another round-up from the World Series of Poker this time focusing on bracelet events in Texas Hold’em with victories for Eric Baldwin, Preston Lee, and Robert Nehorayan.

When Eric Baldwin won his first bracelet, he had to contend with the Triple Crown winner Roland de Wolfe, and the man who would later become the champion of the world, Martin Jacobson.

And this weekend, Baldwin was back in front of the cameras holding a sliver of gold in his hand that stretched the full width of his beaming smile.

“I wish everyone could experience this feeling,” Baldwin told PokerNews after his win.

Baldwin overcame a field of 2,095 entrants to win over a half a million dollars for his first bracelet back when the world was coming to terms with a global economic crisis.

For his second win, he had to navigate his way through a field of 1,330 entrants to take the title in Event #37: $1,500 No-Limit Hold’em, securing the second most significant score of his career.

Baldwin began well, bagging up in the middle of 236 players at the end of Day 1, with the likes of partypoker ambassador, Anatoly Filatov, two-time bracelet winner, JC Tran, and grinder Jason Wheeler hitting the highest of heights.

The field condensed to 20 players at the end of Day 2, with Aaron Massey leading the field. By this time, the former November Niner Jay Farber, and Ian Steinman had also moved into contention. Tran and Baldwin were still the most experienced players left in the field, sitting in the middle of the pack, conserving energy for the final sprint.

Day 3 was supposed to be it. The final curtain. However, the play went on deep into the night, and the Tournament Director (TD) decided to halt proceedings during, heads-up, with Baldwin holding a 4:1 chip lead over Steinman.

The final day was frustratingly memorable for Baldwin. Steinman was like a car parking ticket stuck on a windscreen wiper. Baldwin tried everything, but he could not get rid of the man who had finished runner-up to David Larson in WPT Rolling Thunder earlier in the year.

Steinman had already doubled up twice, before peering down to see the cowboys. Across the felt, Baldwin was staring at the Godzilla like AJ; the money went in, and Baldwin spiked an ace on the river, to punch Steinman in the guts and take his second bracelet.

Baldwin has now earned more than $6m playing live tournaments and has cashed in six events this summer. His victory over Steinman was his 27th career title.

200 people got closer than most in this one including JC Tran (12th), Jay Farber (13th), online star Jason Wheeler (15th), and bracelet winner Ryan Laplante (16th).

A cash game grinder from San Francisco has taken down the latest Shootout event. You don’t often see Preston Lee competing in live tournament events, preferring to play online, but he had enough oomph behind him to take this one down.

There were a few notables on the final table. Run It Once (RIO) coach, Dylan Linde, was in the mix, as was the WPT Champions Club member, Alex Lakhov, and there was also a seat for a 2005 Shootout winner, Anthony Reategui.

All three of those aces would fall through the cracks before Lee took a strong chip advantage into heads-up play against Corey Dodd. The pair sparred for four-hours before Dodd eventually crumbled.

The win for Lee is easily the best of his career, and it comes in a year that saw him make two final tables in the Macau Millions and PokerStars Championship events in Macau. 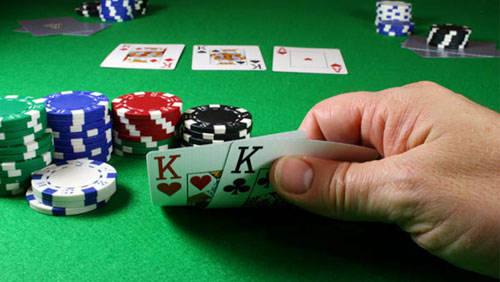 From the Cadillacs to the Skodas and Robert Nehorayan has taken down a Limit Hold’em event at the $1,500 price point.

Despite the game being as exciting as watching steam coming out of a kettle, 596 people took a punt, in what is arguably one of the most comfortable fields to navigate if you have a dream of winning a bracelet.

It was only his second career win.