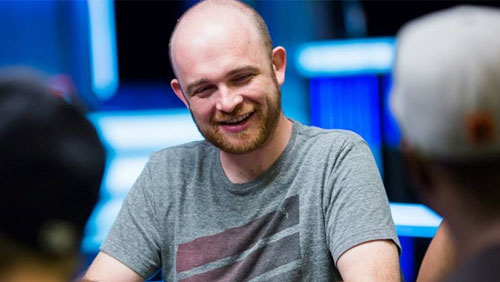 Unravelling the Cambridge Analytica scandal is like figuring out the ingredients in the side order of coleslaw that arrives next to the King Prawns that look like they have been to the gym.

While we may fear our personal information falling into the wrong hands. When we consider that an algorithm will understand our psychographics better than us, surely there is also the potential for this analysis to be used for good.

There are 1.3 billion people in India. The only people spending more time fornicating than the Indians are the Chinese, and this vast mass of flesh makes the nation as enticing to an online poker room as the red underside of the Christian Louboutin is to a woman with too much time and too much money.

This morning when the news broke that the Indian Prime Minister Narendra Modi has a mobile app that secretly sends user data to a third-party company working out of USA, without first seeking consent, I couldn’t help thinking about the potential online poker rooms have to dig into the cerebellum of their multi-thousand strong followers.

It’s not the heads of poker players that Indian poker companies need to drill into. It’s the heads of people like Modi. The primary problem poker has in India is a bad image. You can’t dress it up any other way. Poker is the gangster standing in the middle of an abandoned warehouse, wearing a sharp grey suit and holding a razor blade in readiness to cut an ear off.

The Match Indian Poker League, Global Poker League India and the Poker Sports League (PSL) are all trying to change this image by promoting poker as a sport.

Recently, the PSL hired one of the nations most beloved mind sports athletes in Chess Grandmaster Viswanathan Anand, and this week, they added to the prestige of PSL Season 2 by announcing the first of a series of wildcard entrants they hope will provide a greater global appeal for the contest.

The first non-Indian star to appear in the PSL Season 2 is Dylan Linde. The RunItOnce Coach has won $1.7m playing live (including a World Series of Poker Circuit gold ring), and close to $6m playing online under the pseudonym ImaLucSac.

Linde will represent the Goan Nuts and told his 1.8k Twitter followers that he was delighted to have the opportunity to visit a new part of the world while helping to grow poker in the region.

“Helping our team achieve victory in this league filled with pros and lovers of the game will be a challenge,” tweeted Linde.

Live and online qualifiers are currently underway with the final team lineups announced in April, and the grand finale held in Goa in May 2018. The Delhi Panthers won the 1.5 crore prize money in Season 1, a season co-founder Amit Burman said was a little trailer compared to what they have in store in the future.

More than 4.5m people watched the PSL Season 1 action live on Facebook, with more than a million people tuning in to watch the final alone. The PSL is working with the broadcast giant DSport, a premium Discovery Sports channel, who owns exclusive telecast rights to the PSL.

Rumours that the PSL captains are sending invitations to Prime Minister Modi and his cabinet based on the premise that they’ll know more about the inner workings of poker players minds than the likes of Linde are so far proving to be just that.