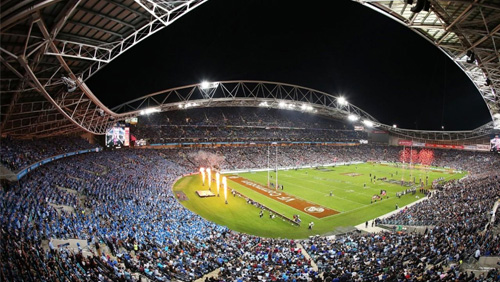 The Sydney Morning Herald reported that the NRL had been lobbying the New South Wales (NSW) government for an annual windfall from the 10 percent online betting tax that the state will introduce next year. An NRL insider was quoted by the Aussie news outlet saying that it’s only fair for the league to get a slice of the POCT that the governments will collect from corporate bookmakers.

“[The tax] is something that is being brought in in every state and we will also be making strong representations in Queensland and Victoria, where our clubs are based,” the NRL insider said, according to the news outlet.

NRL follows in the footsteps of Racing NSW, which secured a legislative guarantee of AUD40 million ($29.48 million) a year from the POCT. The Peter V’Landy-led Racing NSW was able to convince the state government to give them a 2 percent cut of the tax imposed on wagers that NSW residents place on racing events.

Gaming observers believe that the NRL may enjoy the same privilege since V’Landy is also an NRL commissioner. Other sports leagues will likely request their own slice of the AUD100 million ($73.67 million) POCT in NSW.

Several weeks ago, the Australian Capital Territory (ACT), Queensland, and NSW announced that they will be imposing POCT on gambling operators starting January 1, 2019.

South Australia was the first state to impose a 15 percent POCT as the state government believed that it was “important that online gambling operators pay taxes considering that they are generating profits based on betting activities of South Australians.”

Western Australia, ACT and Queensland plan to tax online bets in their territory by as much as 15 percent while New South Wales and Victoria will impose a lesser POCT of 10 percent and 8 percent, respectively.

Tasmania and the Northern Territory are the only remaining Australian states without some online POCT.