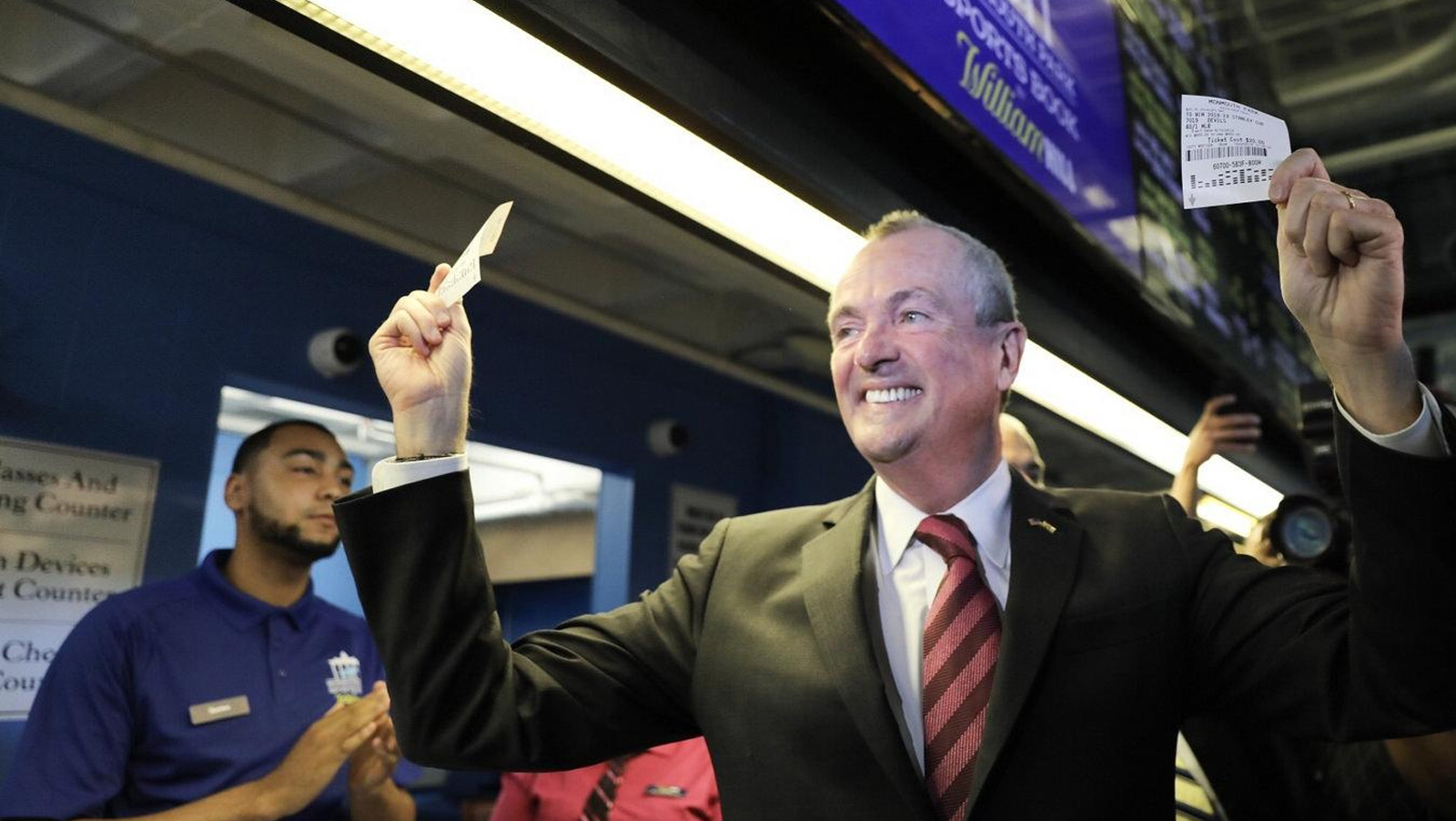 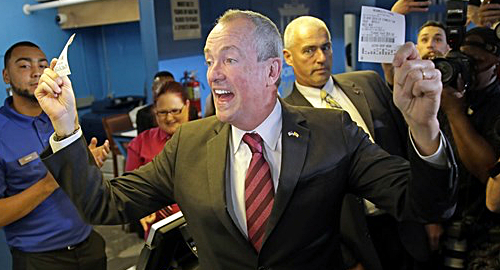 New Jersey’s legal sports betting market is off and running, while New York’s efforts to join the betting brigade appear to be stuck in the starters’ blocks.

On Thursday morning at 10:30am, New Jersey Gov. Phil Murphy placed the state’s first legal wagers at the William Hill-powered sportsbook at Monmouth Park racetrack. Murphy placed a pair of $20 futures bets on the New Jersey Devils to win the 2019 Stanley Cup and Germany to claim the 2018 FIFA World Cup trophy.

Murphy signed his state’s betting legislation into law on Monday and the Division of Gaming Enforcement (DGE) released its temporary sports betting regulations on Wednesday. Online wagering can theoretically commence by July 12, assuming the DGE can process operators’ applications for transactional waivers by that date.

The Meadowlands racetrack will reportedly launch its own sports betting operation on July 15, while Atlantic City’s new Ocean Resort Casino (the old Revel) will reportedly have its ‘sports wagering lounge’ ready for action when the property opens on June 28, assuming their June 20 meeting with state regulators results in the property receiving its gaming license.

NEW YORK STATE OF INERTIA
The situation appears far less positive in New York, where legislators are frantically trying to approve their own betting bills before their current session expires on June 20. Unfortunately, media reports suggest that support for legal betting remains under the threshold needed to ensure forward progress.

The Buffalo News reported Thursday that Assembly Democrats expressed reservations about the betting bill at a private meeting on Wednesday. Michael Whyland, spokesman for Assembly Speaker Carl Heastie, told the paper that “significant issues were raised by our members and it doesn’t appear that there is enough support within the Democratic conference” to approve the bill at this late date.

At least one Democrat disagreed. Assemblyman Gary Pretlow, who sponsored his chamber’s betting bill, told the New York Daily News that he hadn’t given up on building support among his party ahead of next week’s deadline.

Another New York Democrat, Gov. Andrew Cuomo, previously expressed doubts that there was enough time left on the legislative calendar to properly debate the betting issue. State Republicans, including betting bill sponsor Sen. John Bonacic, have been more supportive, but Bonacic admitted Thursday that “the ball is in the Assembly court.”

The Buffalo News wryly noted that legislators were under attack by a “battalion-size contingent of lobbyists” who want to see the betting bill approved but these pols may defer passage in the hope of ensuring another year of “potential huge sums” in campaign contributions from the groups backing said lobbyists.

Some New York state tribal gaming operators, including the Oneida Indian Nation, have already stated their intention to commence sports betting at their casinos whether or not the state approves the activity at commercial casinos and racetracks.

The New York bill is the last great hope for the pro sports leagues looking to carve off a slice of wagering handle, allegedly to handle ‘integrity’ issues. The New York bills include a 0.25% ‘royalty’ for the leagues on all bets placed with state-licensed operators.