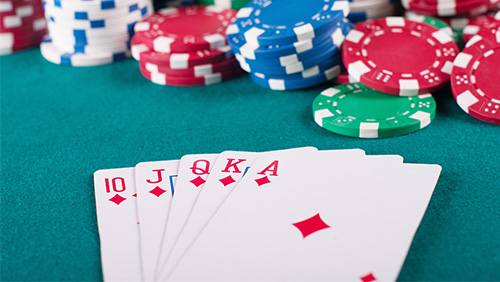 Two stories from the World Poker Tour including a victory in New Zealand from a dentist with a taste for cards, and a female winner in San Remo.

Daniel Neilson is the link.

In 2011, I was in San Remo, eating at Mare Blu, biking down that very long coastal path that seems to lead to the end of the world. So was Daniel Neilson.

I was writing about poker.

I don’t remember him. I should. My mind is an empty grave when it comes to most things. I guess Andrey Pateychuk’s victory in the 837 entrant European Poker Tour (EPT) Main Event field didn’t lead to the right chemical reaction searing the memory into the part of my brain that remembers such things at a time like this.

And why is he important?

I am writing about two different events, and he links them both together (at a stretch), well, him and the World Poker Tour (WPT).

Before we take a trip to the Mediterranean coast of Liguria in the north-west corner of the land of the boot, we will take a peek at life 18,658 km away in New Zealand.

The WPT was in town for an NZD 2,200 (USD 1,500) buy-in Main Event tethered loosely to the WPTDeepStacks brand. The SKYCITY casino in Auckland played host to 360 entrants, and what a final table it produced if you know your Asia-Pacific poker.

Two months ago, Nuav Kashyap crushed 408 entrants to win the Crown Poker Championships in Melbourne for $105,336. He is also a former Australia New Zealand Poker Tour (ANZPT) Main Event winner taking down an event on the Gold Coast in 2010 for $166,604.

Last year, Sosia Jiang bested a final table that included Nick Petrangelo and Dan Smith to take down the 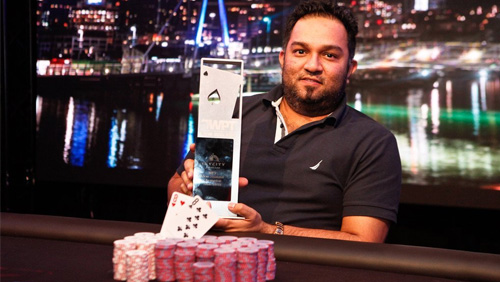 And then you have Neilson. An Australian with 12 career wins, and that third place finish in the EPT San Remo Main Event earning a career-high $392,935.

Take a peek below.

As a dentist, Kashyap is used to pulling teeth, but this was nothing as arduous.

“I got lucky in a lot of ways,” the champ told the WPT press after his win.

The WPT doesn’t run the Main Event in San Remo these days, but the local casino partnership remains through the WPTDeepStack subsidiary.

For the past three days, 286 entrants sat next to each other like old people on a bus stop bench, folding, hoping for a miracle. It only came to one, and that one was Mélanie Hafeli.

I know as much about Hafeli as I know about frostbite. There is no record of her on Hendon Mob (likely meaning I have spelt her name wrong), but she bested a final table that included the former France Poker Series (FPS) Main Event winner, Ludovic Sultan, and the WPTDeepStacks Amsterdam winner, Christos Economides.

Hafeli took the title, €57,081 first prize, and a seat in the season-ending WPTDeepStacks European Championships, after beating Do Van Tung, heads-up. Hafeli must have been a lovely lady. Van Tung celebrated with her as if he had won when her A2 on an AQJ flop stayed ahead against his Q8 across all five streets.

Here are the results.

Christos Economides’ seventh-place finish means he now leads the WPTDeepStacks Player of the Year Race. If that continues until the bitter end, this is what he wins.

1. €15,000 worth of buy-ins for WPT Main Tour events
2. €5,000 WPTDeepStacks Europe sponsorship package for European events
3. A trophy
4. A feature on WPTDeepStacks.com