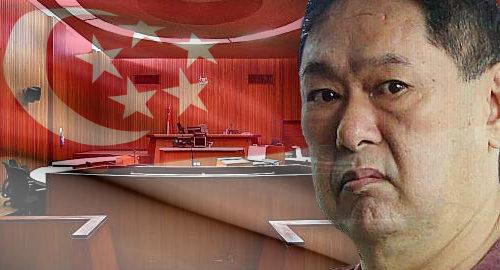 On Friday, Singapore media reported that Or Poh Soon had pleaded guilty to acting as an agent for unauthorized online gambling operators that accepted lottery and sports bets via at least six websites, including Peng888.com.

The 55-year-old Or (pictured) was one of dozens of individuals arrested in 2016 in the city-state’s first online gambling bust since the Singapore Pools and Turf Club monopolies launched their state-approved sites. Six of these individuals, including Or, were charged last November with offenses under the OCA, marking the first time the OCA had been used since its passage in June 2016.

Or, a former newspaper vendor, had been recruiting punters for the online gambling group since 2013, earning an 8-10% commission on his punters’ wagers, plus an additional 5% of any lottery prizes his customers were lucky enough to win.

Or reportedly earned S$62k (US$46,400) via his betting commissions before his arrest. Prosecutors claimed that just one of the websites run by the gambling ring handled wagers worth S$26.6m in its final six months of operation.

Having pleaded guilty under the OCA, Or could face a prison sentence of up to five years, a fine of S$100k or both. Or faces similar penalties for violating Singapore’s Remote Gambling Act. The ring’s leaders, a trio of brothers surnamed Seet, are awaiting their own date in court.

In April, Singapore appointed a new chairman of its Casino Regulatory Authority (CRA), which oversees all gaming activity in the city-state. Tan Hee How, a former tax commissioner, replaced Lee Tzu Yang, who retired after three years as the CRA’s boss.

Singapore Pools celebrated its 50th anniversary last month at a gala attended by Minister of Finance Heng Swee Keat, who credited the lottery and sports betting monopoly for helping to fund an array of good causes over the years. Since 2004 alone, Singapore Pools has contributed S$5.8b to charity, community development, education, health, sports and the arts.