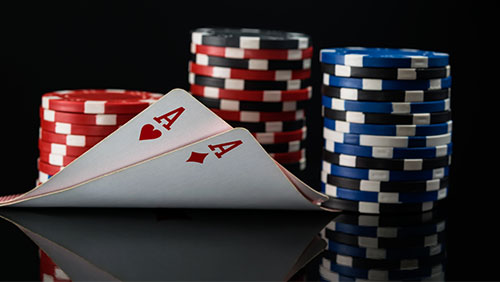 Two stories with the flavour of India as the Poker Sports League partners with Discovery Channel Asia-Pacific’s DSports to broadcast the Season 2 finals, and Match Indian Poker League founder, Raj Kundra, is brought in for questioning as part of an investigation into a Bitcoin Ponzi scheme.

Sofia Lovgren told me that Goa is the nuts, which is interesting considering Goan Nuts won Season 2 of India’s Poker Sports League (PSL) in May.

The Swedish star knows that Goa is the nuts because she was handpicked by the Team Manager of Punjabi Bluffers as a wildcard entry and competed in the finals on the Deltin Casino floating in the seas surrounding Goan seashells.

“I was positively surprised by poker in India,” Lovgren tells me over a purple looking cocktail. “There was a great atmosphere; wonderful energy; everyone knew everyone; it was like a home game.”

If you don’t believe the 888Poker ambassador, you can check it out for yourself.

PSL has inked a deal with the Discovery Channel Asia-Pacific’s DSports to broadcast the five-day finals between 12-17 June. Unfortunately, I’ve ruined it for you by telling you who wins, but there is more chance of me riding a seahorse than someone from India reading this, begging the question, “What am I writing about it for?”

One thing that Lovgren said she adored was the feeling that she was involved in a sport because of the team concept, a point the co-founder, Amit Burman made in the press release when he said his mission was to raise the prominence of poker in India to the same level as the other top sports in the country.

DSports came into being in February 2017. Available sports include cricket, football and esports.

Raj Kundra in the News Again For All The Wrong Reasons

What is it they say about Polar Bear shit and Polar Bears?

Wherever you find one you’ll see the other?

Look, I have never met Raj Kundra, nor do I think I ever will. I am sure he is a lovely chap and all of that, but man does his name get connected with a lot of bad news in the Indian media. Either he is a rotten egg, the press is out to get him, or he is the unluckiest entrepreneur in his country.

The tale of woe this time revolves around India’s most significant cryptocurrency scam to date. In April of this year, authorities in India arrested Amit Bhardwaj, the founder of a bitcoin firm called GainBitcoin, in connection with a Ponzi scheme that robbed 100,000 investors of cash looking to get into the cryptocurrency hype.

Once the authorities began sniffing around, Bhardwaj closed his company and fled to Dubai and Bangkok before being arrested trying to reenter customs in Delhi.

Kundra’s involvement is unclear, as there is no word from the authorities, but Kundra himself has come forward to clear his name. The Match Indian Poker League founder released a statement clearing himself of any wrongdoing, suggesting the only reason the Enforcement Directorate (ED) called him in for questioning is that Bhardwaj tried to buy a Match IPL franchise in Bitcoin, but Kundra turned him down.

The other person who has ties with bad boy Bhardwaj is Kundra’s wife, Shilpa Shetty, who, according to Quartz, provided GainBitcoin with her endorsement.

The Match IPL concluded Season 2 in March, and as you would expect, it was under suspicious circumstances as matches were played using a deck of cards and not mobile devices as we have grown accustomed to with the Match IPL product.