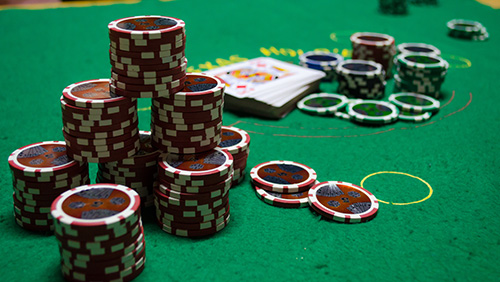 According to a GLaws exclusive report, the Goa Lions won’t be participating in the upcoming Season 3 of the Match Indian Poker League (Match IPL). The team has claimed that the league is not abiding by the terms set forth in the league’s contract, which has forced the Goa Lions to make the decision to withdraw from the event.

The Goa Lions are owned by Ability Games Pvt. Ltd. According to the contract it has signed with Match IPL, the league is required to hold an auction for poker players. It is also required to conduct the event using electronic devices. However, Ability asserts that Match IPL is ignoring both points.

Match IPL’s founder and chairman of Viaan Industries, Raj Kundra, has been accused of not making preparations to use software for the match, which is scheduled for October 23 and 24 in Mumbai. Instead, the match will rely on physical playing cards.

After refusing to pay the tournament entry fee over the discrepancies, Viaan Industries sent the team a termination notice. This led Ability to contact the Bombay High Court to fight the termination. The case was initially heard by Justice Kathawala this past Monday, who decided to send the dispute to arbitration. He assigned a lawyer, Ranjeev Carvalho, to be the sole arbitrator of the case.

The Justice also ordered to Ability to pay the tournament fee, which amounts to about $68,218, to the “Prothonotary and Senior Master” of the Bombay High Court. Once the case is decided by the arbitrator, the money will either be forwarded to Viaan or returned to Ability. The termination notice issued by Match IPL was nullified.

Kundra said after the ruling, “We are happy that the court has made Goa Lions submit the pending license fee of Rs. 50 lakhs and moved the case to arbitration. The (next season of the) league will go on with the remaining 9 teams.”

Kundra also denied the claims that Match IPL was breaking any contracts. For Season 2 of Match IPL, a computer software glitch resulted in the tournament resorting to physical cards after team owners agreed to use the alternative. He points out, however, that the upcoming season would take place using software that had been developed by the International Federation of Match Poker (IFMP).