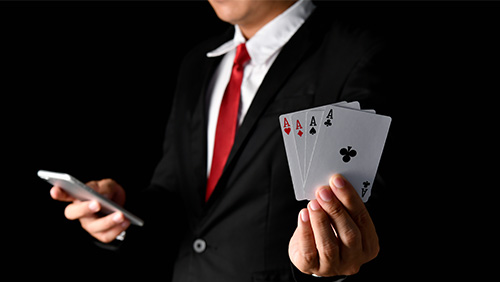 The Match Indian Poker League (Match IPL) has teamed up with MTV to find the next Indian poker star and to show that yes, poker is a game of skill. MTV has launched “Pro Hunt,” a series designed to boost Match IPL’s event and find the best players in the country through a series of online qualifiers.

MTV launched its Pro Hunt on September 28, giving players a chance to participate in the upcoming Match IPL event, which will take place on October 23 and 24 in Mumbai. According to the show’s tagline, “If you think you’ve got what it takes to be a poker pro, visit PokerRaj and participate for free in the weekly online MIPL tournaments.”

Since it began, three players have already qualified for one of the eight spots that are available. Players are encouraged to sit down at one of the online satellites that are being offered by PokerRaj, Match IPL’s partner site.

Poker is a contentious subject in India. It has been growing in popularity, but opponents, who have gained support of lawmakers, bill it as nothing more than a game of chance. The MTV/Match IPL endeavor, as well as others, is designed to show the general public that there is definitely a level of skill needed to be successful at the felt.

Only certain areas in India have legalized poker. Some, such as Gujarat, still view it as gambling and illegal, in spite of attempts by the Indian Poker League (IPL) to make them see the reality of the game. In petitioning the high court in Gujarat in 2017, the IPL argued, “Since poker is not gambling, it is not under the ambit of the Gujarat Prevention of Gambling Act, 1987. The expression ‘Poker’ does not form part of ‘gaming or gambling.’” Those attempts, however, have yet to be successful.

Poker still continues to rise in popularity across India, despite the legal setbacks. The Indian Law Commission recently decided that regulation of the industry would be the best way to control the activity. It published a report in July, “Legal Framework: Gambling and Sports Betting including Cricket in India,” in which it said that it would be impossible to prevent illegal gambling and that the only way to protect consumers was through the creation of regulations.