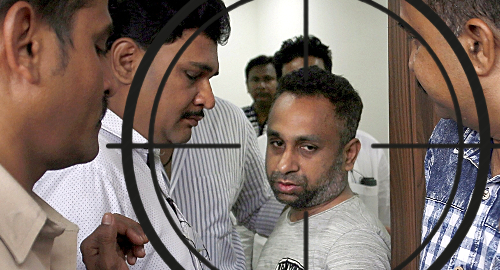 India’s media continues to salivate over the juicy celebrity details emerging from the recent bust of notorious bookmaker Sonu Jalan.

On Wednesday, the Hindustan Times quoted a senior official in the Thane Anti-Extortion Cell saying Jalan’s diary indicated that his network of some 50 to 60 betting agents had handled wagers of Rs6b (US$90m) during the recent India Premier League (IPL) season from April 7 to May 27, or roughly Rs100m per match. Interestingly, Jalan reportedly claimed that the Pakistan Super League was a “non-starter” as far as India’s cricket bettors were concerned.

Jalan reportedly told the AEC that his bettors’ winnings were paid out the day after a match, delivered to their homes by local agents or by courier for punters in more distant regions. Indian police are liaising with their counterparts in several other countries to track the flow of money between Jalan’s many customers.

NDTV reported that police are investigating Jalan’s claims to have enlisted the help of gangster Ravi Pujari to recover money from bettors who couldn’t honor their losing credit wagers. One of these bettors, a chili trader who lost Rs30m betting with Jalan, went to police after being threatened by Pujari.

Jalan also catered to a number of Bollywood clients, including actor-producer Arbaaz Khan, who admitted to police that he’d lost Rs25m betting on cricket over the past five years or so. Khan said he subsequently realized that Jalan was secretly recording their interactions for blackmail purposes when he couldn’t pay up on time. Khan has reportedly told police that at least seven other Bollywood figures were among Jalan’s clients.