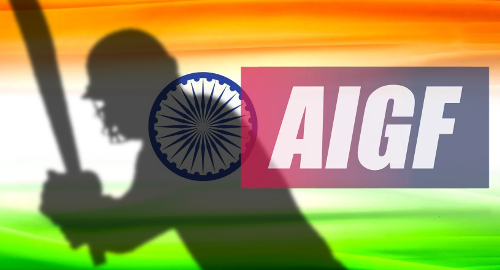 India’s sports minister is denying media reports that he is holding early talks on finally legalizing sports betting in the country.

Last week, the All India Gaming Federation (AIGF) submitted a White Paper to the Law Commission of India (LCI) urging the adoption of central government legislation allowing legal betting – both land-based and online – on sports events. Betting on anything other than horseracing is currently illegal in India.

The White Paper suggests leaving decisions regarding land-based sports betting (and other forms of gaming) to India’s individual states, but because online activity “is so fluid, it makes sense to have a central law.” The AGIF also advocates for the creation of a National Gaming Council encompassing sports federations, the judiciary and investigative agencies to oversee gaming regulations.

Late last year, India’s Supreme Court ordered the LCI to study the pros and cons of legalized betting, leading the LCI to request public input into this process. LCI chairman, retired Justice Balbir Singh Chauhan, met with AGIF representatives on Monday, and the LCI told local media that it was “considering the industry’s demands.”

By Friday, the Indian Express reported that the Sports Ministry had “begun the groundwork” on crafting online sports betting regulations. However, the official claimed it could take up to two years for the Ministry to finalize its draft betting legislation.

An unidentified official said the Ministry would likely seek advice from its counterparts in the UK, where online betting has been a reality for over a decade. Sports Secretary Injeti Srinivas was said to be seeking to sign a Memorandum of Understanding with the UK to formalize the online sports betting talks.

However, the ANI news agency reported on Sunday quoted Sports Minister Vijay Goel saying that “no such proposal has been made to me.” Goel said he was personally “against betting” but acknowledged that “the final decision rests with the government of India.”

For years now, India has been wrestling with whether to legalize sports betting. Proponents insist that legalization would bring extra revenue for the government while reducing the likelihood of the kind of match- and spot-fixing scandals that have plagued cricket in recent years.

In July 2016, the Supreme Court put pressure on the Central government to do something about the betting problem based on recommendations of the Lodha Committee, a panel headed by a former chief justice, which found legal betting would likely reduce the frequency of sports scandals.

The European Sports Security Association (ESSA) submitted its own filing to the LCI arguing for legalized betting because “a continuation of the status quo is clearly not advantageous.” ESSA also urged the LCI not to recommend legalization of match-wagering while maintaining the ban on live betting, which ESSA believes will only drive punters to wager with online betting companies licensed outside India.

This past Friday (14) was the scheduled date for the Supreme Court to hear a public interest litigation arguing for sports betting to be included in the ‘skill game’ exemptions under the Public Gaming Act of 1867. There’s been no media reports to date of how this hearing played out.