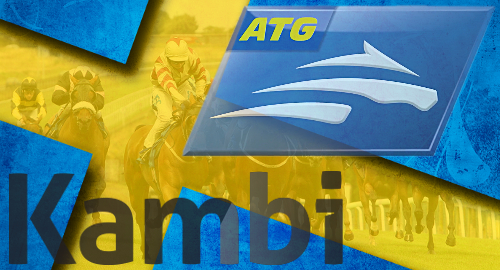 On Tuesday, Kambi announced that it was in “final stage commercial discussions” with AB Trav Och Galopp (ATG) to offer a sports betting product to ATG’s horseracing customers. Kambi said it chose to update the market due to ATG being close to commencing internal product testing, and thus the secret was about to leak anyway.

Kambi is coming off a record performance in the first quarter of 2018 but the company isn’t resting on its laurels. Last month, Kambi inked its first US-facing prospective sports betting partnership with Rush Street Interactive, the online division of US casino operator Rush Street Gaming.

ATG also set new records last weekend for the 2018 harness racing event Elitloppet, generating handle of SEK410m, up SEK37m from 2017’s event and SEK7m higher than the previous record set in 2015. It helped that the event’s television coverage also set a record, nabbing a 46% share of the overall television audience.

Despite the positive performance, ATG is furiously bracing itself for a spate of new competition. Sweden is in the final stages of liberalizing its online gambling market, and the government’s Culture Committee formally signed off on the proposal last week, clearing the way for debate on the floor of the Riksdag on Thursday (7).

Sweden plans to accept online gambling license applications from international operators as of August 1, with the newly liberalized market set to launch January 1, 2019.

In the company’s recent Q1 report, ATG president and CEO Hasse Skarplöth noted that the average Swede’s views of the gambling industry had undergone a “negative trend.” (A recent survey found that Swedes viewed gambling advertising as the least credible industry.) Skarplöth therefore claimed that responsible gambling measures were ATG’s “most important issue of sustainability.”