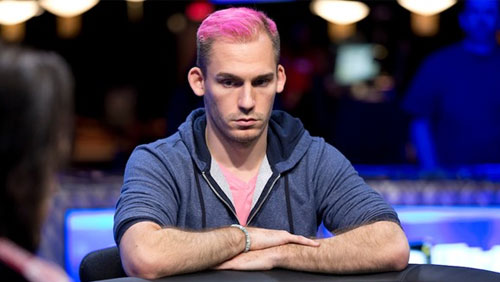 Justin Bonomo has won back-to-back Super High Roller Bowl events after adding the Las Vegas title to the one he won in China after beating Daniel Negreanu in heads-up action.

Justin Bonomo is the winner of the Super High Roller Bowl (SHRB) capping off a remarkable 2018 that has seen him win close to $14m in live tournaments with the World Series of Poker (WSOP) flashing a thigh around a bedroom door just a few miles from here.

Bonomo’s consistency in the most significant events in the world is second to none, but only recently has he managed to cross the finishing line with more accuracy including back-to-back SHRB victories after winning SHRB China a few months ago for close to $5m.

His win sees him move to #3 in the All-Time Money Earned charts in the Hendon Mob with close to $32m, leapfrogging Daniel Colman and Antonio Esfandiari, two of the three people to earn more in a calendar year than Bonomo (both won the One Drop). The other player who has received more is Fedor Holz who won $16m in 2016, a target that’s well within the sights of the American.

Let’s see how he won it.

Day 1 saw Daniel Negreanu take a massive lead at the top of the charts earning almost double his closest competitor in a day that saw him seated next to his nemesis Doug Polk.

Day 2 saw the emergence of Justin Bonomo who led the final 14 players. Bonomo would come close to exiting on the Day 3 money bubble until an ace on the river saved his bacon. Mikita Badziakouski, Justin Bonomo and Daniel Negreanu went into the final table with the chip lead, with the defending champion, Christoph Vogelsang, the in-form Jason Koon and the former Global Poker Index (GPI) #1 Nick Petrangelo also in the mix.

Petrangelo began with 24 big blinds and was the first out after picking up pocket tens at the same time Koon picked up pocket queens. The defending champion Christoph Vogelsang followed in fifth when he shoved the small blind with Q6cc, and Mikita Badziakouski called in the big blind with jacks.

Negreanu won a big pot from Badziakouski, calling a river bluff bet with a straight on 7c9h5c8d9d, to take the chip lead. And then Koon took command when he turned two pair K8 on J83K with Negreanu holding KT. The partypoker pro got paid with a chunky river bet.

Negreanu avenged that hand by hitting Broadway on the turn with Koon holding two pair KQ, and this time it was Koon paying the value to give Negreanu the chip lead.

Bonomo eliminated Badziakouski in fourth when the pair flopped top pair on T934 with the Belarusian moving all-in on the turn and Bonomo calling with his higher kicker booting Badziakouski to the rail. And then Bonomo developed a massive chip lead after doubling through Koon holding KQ v K9 on a KQ9 flop with the money going in on the 5s turn.

Koon would later move all-in with 86cc and Bonomo called with A4. He turned two pairs, and Koon was out in third. But before you shed a tear for Koon remember that the West Virginia man won €4m in Montenegro, $1m in the $100k ARIA High Roller, and now another $2.1m for his third-place finish in this one.

The Canadian did fight back but never threatened Bonomo’s lead until the pair got it in on a flop of 976 with Bonomo holding top set and Negreanu holding 87 for the middle pin and straight draw. The draws didn’t come, Bonomo rivered a full house, and the $5m began wiring its way into his bank account.

Bonomo is an ambassador for Raising for Effective Giving (REG) and donates a % of his winnings to effective charities, meaning Bonomo has saved a lot of lives this year.

Who said poker is a zero-sum game?