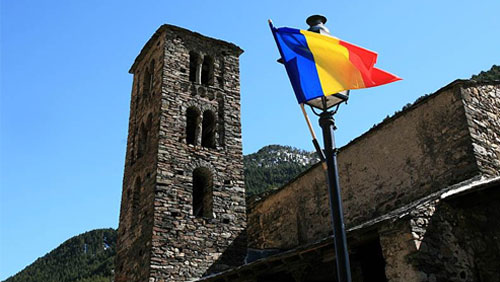 The Pyrenees mountains of Spain are known for its gaves—mountain torrents that form waterfalls—which are only surpassed in Europe by those seen in Scandinavia. They’re also known for

being a natural, 211-mile border between France and Spain. Soon, the majestic skyline could be the backdrop of a casino, as Andorra is accepting bids to offer the area’s first casino license. Genting is hoping to be the winner, and is among 13 bidders vying for the license.

Through its UK unit, Genting has placed a hefty bid, matched by Cirsa out of Catalan. Both are offering $164.6 million, or €140 million. To enter its bid, Genting teamed up with Andorran businessman Marc Giebels van Bekestein, British investor David Gray and Arc Resorts President Mark Vlassopulos. If approved, 70% of the venture will be held by Genting.

Genting has proposed an integrated resort (IR) project for Andorra that would create 400 permanent jobs and 600 temporary construction jobs. The project would offer two floors of private rooms and suites, a spa and a “gastronomy market.”

Genting currently owns 43 licenses in the UK. It operates the Resorts World Birmingham, worth approximately $201.5 million. The Andorra casino resort would be the company’s first on continental Europe.

Other bids have been submitted by France’s Partouche, Barrière, Raineau and Casinos Austria. The winner of the project is expected to be announced by the end of June.

Andorra is on a mission to increase tourism in the area. The regional government enacted legislation two years ago that would allow casino gaming. Licenses would be valid for 20 years and would be contingent upon a minimum investment of $11.7 million (€10 million). Additionally, the Andorra Tourism Board participated in the ITB China event last week. Ctrip International, a Chinese provider of travel services, and the board’s Joaquim Tomas held talks regarding opening new markets and upgraded travel products to increase bilateral cooperation.

Genting was founded in 1965 and is headquartered in Kuala Lumpur, Malaysia. It operates and markets casinos and IRs around the world, including in the Americas, Malaysia, Australia, Singapore, the Philippines and the UK. Its annual revenue is estimated at around $2.23 billion.