Home / Poker / All we do is tweet: why online poker will struggle to be the next sports betting 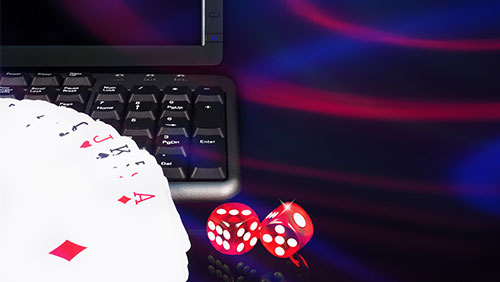 After the Supreme Court laid the groundwork for the United States of America to create laws for people to become punters, Lee Davy writes a ditty about the hopes of online poker.

When I ask my daughter where eggs come from, she says: “From a chicken’s butt, wow!”

We don’t own a television. Cultivation theory controlled my life for 35-years, I don’t want that for my daughter. And so we play theatre, dance, sing and read books.

One of her favourite books is called V is for Vegan. It’s a book aimed at educating children on the facts around animal suffering and the broader implications on our environment.

The author, Ruby Roth, has a name like a Quentin Tarantino villain and outside of the super cool name has the same seismic spunk.

I talked to Roth about her background and why she decided to create vegan literature for children. Roth’s passion left an indelible mark on me. As little orange lice crawl into the eyes of hedgehogs, and people in aprons run around the kitchen chasing flies, Roth knew that to effect change she had to be the change she was seeking to make.

Roth is an activist.

Roth takes a central role in the midst of the changes she believes are necessary to create a better world for the kids who like to play theatre, dance, sing and read books, and what better place to begin, than by educating our future priests, pimps and Phil Hellmuth’s of this world.

The Phil Hellmuth’s of This World

If you live in America, the people who govern you won’t allow you to play online poker, on your own dime, unless you live in a few select states. On June 1, the People’s Republic of China will go through with their plan to ban social poker apps in the region. Australians and people living in India have similar issues.

In February, the Poker Player’s Alliance (PPA) – the only known body of people trying to lobby for the legalisation of online poker – asked the poker community to donate $25,000 so they could continue to breathe. It was a last-ditch attempt to apply the paddles on a dying movement.

A few days ago, online poker players woke up with renewed optimism when the US Supreme Court abolished a federal law that prohibited sports betting, allowing individual states to begin legalising the betting of horses, football and tiddlywinks.

If the Supreme Court believes Americans should retain the right to bet on the outcome of a sporting event, then why wouldn’t they also allow citizens to gamble playing online poker within a fully regulated and licensed framework.

Phil Hellmuth believes we should be allowed to do this, he said so in a tweet.

Every Major sport (NBA, NFL, MLB) is behind the legalization of sports betting, and all of them will profit by it. But how can Sports Betting online be legalized w/out online poker being legalized (clearly more skill than sports betting)? The time is NOW to legalize online poker!

The time is NOW to legalise online poker.

As I dive into the meat of my meanderings, I want to start with a disclaimer. I am not poking holes in Phil Hellmuth’s integrity. I am using his tweet as an example of a much broader problem.

What would Roth do if she was a professional poker player or an American citizen who wants to play online poker, for real money, in her state? I’m not talking a mere hobby here. I’m talking about loving the game as much as she loves animals.

I don’t think Roth would have donated to the PPA.

Roth would have been the PPA.

There is no way that a woman of Roth’s integrity and service would have tweeted and then not taken action. And I’m not talking about a few meetings, blog posts or podcast interviews. I’m talking about scratching at this thing until every nail shards, blood streaming down her slender arms and into the line she drew in the sand.

I’ve spent the past week watching people winning and losing millions of dollars playing poker. The massage teams earn more money from these guys than the PPA needed to continue fighting for the rights of poker players to play poker.

You need to have skin in the game.

Here’s the problem as I see it.

The Theory of Constraints (TOC) became something to consider in the early 80s. The term was born in manufacturing circles to define a performance-limiting restriction on a system, most specifically, a restriction that becomes the weakest link in an organisation. The TOC, therefore, surmises that there is an advantage in finding the weakest link and removing it, or reducing its effectiveness.

But not everyone thinks this way.

Earlier this week, I sat down for a chat with the partypoker ambassador, Jason Koon. We talked about his background, and specifically, Black Friday. Koon told me that while all around him people were lighting candles to pray for the death of online poker and the inevitable demise of a million careers, Koon looked at it as an opportunity.

Koon packed his bags and began travelling the world. He found a group of like-minded people, learned how to compete in the highest stakes poker games, and last night sat down in a €1m buy-in cash game.

I could go on and on.

So many people viewed Black Friday through the lens of opportunity. These people became the leaders of poker. They are the Ruby Roth’s of the little bubble that we call home, with one difference, they don’t need to bleed because they are all doing very well without online poker, thank you.

But do they, really?

In my many interviews, I come away with the impression that poker is a means to an end. It’s a stepping stone to something much grander. The perfect pursuit for someone who doesn’t know how they are going to make an impact on the world.

So while there may be tweets, and blog posts, and YouTube videos. You’re never going to see poker’s most influential people bleeding for the right to have online poker legalised in America and other parts of the world. Instead, poker players will leave it in the hands of politicians who don’t have the slightest clue.

And so you need a conduit between the players and the politicians and unless you have a Ruby Roth, and poker doesn’t seem to have one, then that role falls to organisations like the PPA.