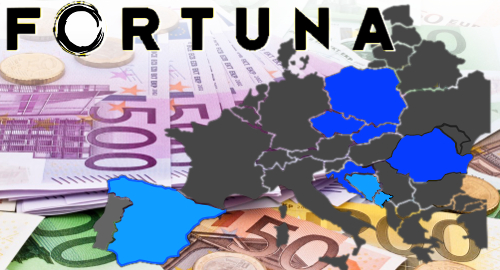 Figures released this week show the Czech Republic-based FEG’s revenue nearly tripling year-on-year to €77m in the three months ending March 31, while earnings shot up 665.5% to €22.7m and net profit soared 923.6% to €14m.

FEG CEO Per Widerström credited the growth to “operational excellence, new platforms and regional expansion,” the latter category having received a serious boost through a series of acquisitions that firmly established FEG in Romania and Croatia, building on its existing presence in the Czech Republic, Slovakia and Poland.

The gains weren’t entirely due to acquisitions, as organic revenue (excluding Hattrick Sports and Fortuna Romania) was up 63.2% to €40.2m while organic earnings more than tripled to €12.3m.

In Poland, where FEG’s local subsidiary holds a one-third share of the overall betting market, sports betting stakes grew at a “triple-digit rate, primarily driven by online.” Online gross win grew triple-digits, while retail win made do with double-digit growth.

On May 2, FEG delisted from the Prime Market of the Prague Stock Exchange, making good on its threats to take the company private in order to rid itself of having to air its financial laundry in public every three months. So future FEG earnings reports will likely consist of a single-line statement saying ‘We’re rich, bitches!’ or the equivalent.