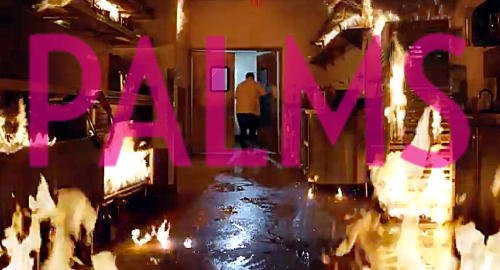 On Thursday, the Palms announced its new ‘From Dust to Gold’ marketing campaign, reflecting the property’s “vision of ushering in a new era of Las Vegas by destroying the old.” The Palms’ new raison d’être is “to destroy is to progress,” a belief sure to come as news to anyone who’s ever written off their car in a fender bender.

Station acquired the Palms in 2016 for $312m and the property has been a solid earner for Station’s parent company, Red Rock Resorts. But the Palms, which opened in 2001, had been showing its age, prompting its new owners to embark on the largest refurbishment project any Vegas casino has ever undergone.

The “multi-phased reimagination” of the Palms includes Thursday’s opening of a new bar, steakhouse, social club, cocktail lounge and redesigns of the Pearl concert theater and the Palms’ gaming floor, with a new VIP gaming lounge. A new 29k-square-foot nightclub and a 73k-square-foot pool club are set to follow next spring.

The full transformation of phase one, including 60 new hotel rooms, will be complete by this fall, with phases two and three done by Q2 and Q4 2019, respectively. Check out the official marketing promo (complete with company-approved arson and vandalism) at the bottom of this page.

The disruption to the Palms’ operations caused by the revamp contributed to a slight decline in Red Rock’s Q1 revenue. The company reported revenue of $421m in the three months ending March 31, down 1.1% year-on-year, but adjusted earnings improved 2.9% to $140m and net income improved by $36.7m to $82.1m, although $27.6m of this gain was attributable to tax and interest rate one-offs.

Revenue at Red Rock’s Vegas operations were essentially flat at $395.2m, but earnings improved 4.2% to $126m, as gains at “non-disrupted” properties helped offset construction at the Palms and Palace Station. Red Rock’s management of tribal casinos contributed earnings of $22m, down 5.2% year-on-year due to the ending of its deal with Michigan’s Gun Lake casino in February.