Home / Poker / Triton Poker Montenegro day 4: a bat, a Finn and a bunch of emotions 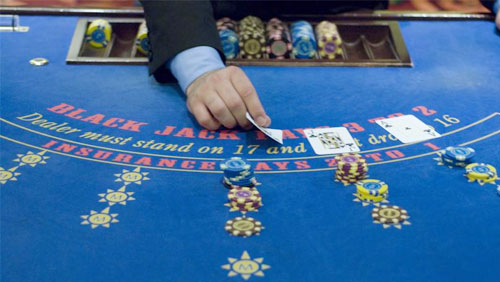 It’s Day 4 at the Triton Poker Series in Montenegro, and Lee Davy gives you a glimpse from the inside including Phil Ivey’s secret, feeling small next to a Finn, and the emotional charge of an interview.

The woman who cleans the windows is gone. Perhaps, it’s her day off? Maybe she earned a promotion. Or they fired her. The windows don’t look the same. They make me look old. The rim beneath my eyes, dark, pronounced flies back at me like a zoom shot. Bring her back. Take away the chubby sparrow pecking at the leftover walnuts, and the stray cat that loves the Jungleman, and bring back the window cleaner with the red blood lipstick.

I might not know her fate, but I did discover Phil Ivey’s secret, yesterday. People often wonder how he continues to be so elusive, but I know his game. As the dealers sat impatiently waiting for the superstars of world poker to shake a lamb’s tail, a giant bat flew around the poker room.

Now, I’m no expert on how the world works, but how does a creature that can catch an insect in full flight not figure out where the front door is? And, this is how I discovered his secret. The bat wasn’t trying to escape; it was scoping the joint out.

As the charcoal winged monster flew around the world, I got the hell out of Dodge. I didn’t want the thing headbutting the light and dropping on my head. Not this morning. A tetanus jab for a stray cat bite is one thing; catching rabies from a bat, not, today.

I go downstairs, and the Germans are gathered around the veranda drinking an array of multi-coloured liquids. I pull out my beckoning finger, and Dietrich Fast comes along for the ride. We sit down in the foyer to talk about life. Fast tells me that he finds it difficult to express himself in English. I thought he did a great job. My transcriber didn’t. It took her two hours to transcribe. Sometimes these interviews can feel like unknitting the soundwaves of a barking dog.

I would rather be bitten by a bat.

One thing that you know about the top players in the game is they like to take their time to enter a poker tournament. I’m assured this is more tactical than the disco theory of turning up late because you want to make an entrance. It seems to work out ok in a $5,300 Main Event. But when your entire field wants to look cool, then you have a problem.

The action on Day 1 of the HKD 1 million (USD 127,000) buy-in No-Limit Hold’em Main Event should have started at 1 pm. Only Mikita Badziakouski and Isaac Haxton have taken their seats. Ivey flies around above their heads. It’s 3 pm.

I don’t know why Tournament Directors delay the start of an event. There’s no fog around this issue. The players aren’t in the restaurant stealing grapes, unaware of the start time – they know what time kickoff is. Blow the whistle. Let time do this thing. They will come.

Ivey flew back to his room to transform into the poker playing killer we know him to be. Even the Germans dragged their phalanx from the restaurant to the poker room, took off their armour, placed their spears in the bucket next to the brollies and sat down.

By the end of the day, the scoreboard showed 39 entrants. There were seven re-entries, and the former Triton Poker winner Koray Aldemir had the lightest wallet after buying in three times. 27 players bagged up at the end of seven levels. Players still have the opportunity to buy-in on Day 2. All of the pros who had an early night will be back to clash swords and spears.

Amongst the top five chip counts is Patrik Antonius. I bumped into the Finn in the buffet area during the dinner break and got talking to him about Short-Deck.

“Have you played before?” I asked as I dug the seed out of an extra salty olive.

“Not a hand,” said Antonius, “But I did watch the live stream. It looks fun.”

“Do you think, they should have a lower buy-in so players who have never played the game before can chance their arm?” I enquire.

And at that moment I shrivelled up like the sun-dried tomato that was hanging around on the side of my plate, all alone, because the peas didn’t like the colour of his skin.

I walk upstairs pondering how on earth I ended up here. One minute I am explaining to an angry Scot why the 6B14 steel train from Port Talbot to Llanwern didn’t have a full load. Now I’m standing at the buffet in a five-star hotel at the edge of the most beautiful world talking about a USD 127,000 buy-in for a poker tournament like we are buying a pack of lemons.

Jean-Robert Bellande turns up for his interview.

But it doesn’t last, Bellande’s charm melts the resistance, and I see the vulnerability behind the man who made a living competing in the highest stakes in the world without having a penny to his name.

Andrew Robl is next.

The big boys are lining up.

I dive into the toilet to quickly offload a few olives. I drop my draws, sit down, and then remember I am fully miked up. Up come the draws. I wash my hands and get through the next 40-minutes with all the air of the world trapped in my gut, an unsavoury incident avoided, for those who would have listened.

At the end of our chinwag, Robl receives a hug.

“Any more interviews,” asks the producer.

I look at him and shake my head.

I don’t lift heavy bags of sand. I very often move from my seat. But when you’re paid to make an emotional connection with another human being, and you’re successful, there is an exchange of energy that drains you of life; not in a dark way, but in a satisfying lazy way. It feels like you’ve emptied your baby beans, and are lying on your back, immobile, thinking of the time you used to reach over and pull another cigarette out of the packet, blowing smoke circles in the air, as Phil Ivey swoops in for another look at what life looks like outside of his hotel room.