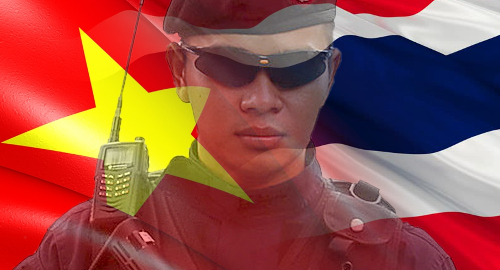 Authorities in Vietnam have broken up an illegal online gambling ring that used virtual credits for wagering purposes.

On Wednesday, Vietnamese media reported that police in the northern province of Bắc Ninh had arrested nine individuals, including a 31-year-old ringleader, for their connections to a gambling ring that allowed arcade visitors to access online gambling sites via computer terminals. Raids on six arcades found 18 individuals involved in this type of gambling.

Police say gamblers were required to exchange VND1m (US$44) for VND1.1m worth of virtual credits. Assuming gamblers had money left over after their game play, these credits could be converted back into real cash at a rate of VND1m in credits for VND800k ($35) in real money.

Given those unfavorable exchange rates, it comes as some surprise that police claimed the ring had exchanged VND152b ($6.7m) worth of currency since January. (Have these gamblers never heard of dealing directly with internationally licensed gambling sites?)

The bust pales in scope to this spring’s bust of an illegal online gambling network tied to local telecom operators and the nation’s top cybercrime police official. That story ended in tragedy in late April when a different cyber cop, the deputy director of the Ministry of Public Security’s High-Technology Department, was discovered dead in his office in an apparent suicide after being implicated in the operation.

Vietnam busted an illegal online sports betting operation in April in a possible preview of the efforts police will make to combat illegal wagering on next month’s 2018 FIFA World Cup football tournament.

Thailand’s Royal Thai Police recently announced the launch of their new operation center to combat illegal online football wagering, and Bangkok’s Metropolitan Police Bureau (MPB) unveiled its own center this week by announcing it had already made its first illegal betting arrests.

The Nation reported that the MTB had arrested 15 bookies and 201 punters between May 1 and 15, following raids on three illegal betting shops, Mawin 88, Mixbet88 and Fifa-variety. Police also seized computers, phones, cash and client lists of some 600 bettors who will now be summoned to MTB headquarters to explain why they shouldn’t be charged with illegal gambling.

The MTB have already identified some 300 betting websites whose domains will be forwarded to Thailand’s National Broadcasting and Telecommunication Commission (NBTC) for blocking purposes. The NBTC is likely to have its hands full over the next couple months, as local anti-gambling activists claim there are over 200k international sites offering services to Thailand’s football-mad punters.