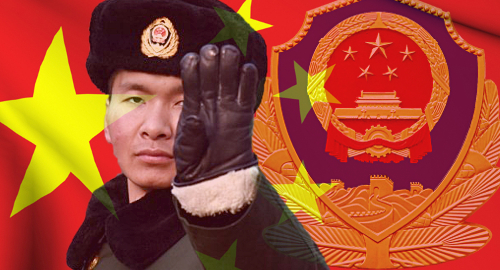 China’s war on online gambling continues to ramp up, with the authorities apparently keen on sending an unmistakable message ahead of next month’s FIFA World Cup tournament in Russia.

Last week, China’s state-run Xinhua media outlet reported that police in the municipality of Chongqing had arrested 94 individuals for suspected involvement in an online gambling ring. The raids, which happened on April 8, brought the total number of online gambling suspects arrested since February to 453.

The raid reportedly involved 13 different gambling sites with more than 100k registered users, who collectively wagered over RMB350m (US$55m) before the whip came down. The police investigation began in February, after the authorities received a tip that a local firm was renting servers and providing tech support for unauthorized online gambling operators.

On Tuesday, Xinhua reported on a number of cases in which the suspects “used online game platforms for gambling.” Xinhua claimed that police in Beijing, Henan province and the autonomous region of Guangxi had conducted a joint operation last month that resulted in the arrests of 36 suspects and the seizure of over RMB65m. Xinhua also reported on a similar action in Zhejiang province in January involving 52 suspects and RMB330m in stakes.

The reference to ‘game platforms’ is likely connected with the Ministry of Culture’s April announcement of a ban on free-play online poker apps operated by the likes of Boyaa Interactive. The apps were reportedly being used by gamblers to conduct real-money games, using the play-money chips to represent real-world currency, with all debts settled up via on-the-ground agents.

Firing a warning shot across the bow of any operators not yet in custody, the Ministry of Public Security warned that there were still “a number of major cases” being investigated and the ‘continuous crackdown’ shows no sign of abating soon.

The 2018 World Cup will be the first since China ‘temporarily’ suspended online sports lottery sales in March 2015. While land-based sports lottery sales have thrived since the suspension, Chinese punters are presently left with no state-approved means of betting on the matches via their digital devices. Meaning Xinhua will likely have plenty of online gambling bust updates over the coming months.