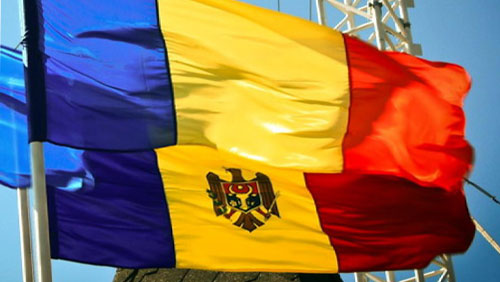 Moldova, Romania’s eastern neighbor, intended for gambling to be a state-controlled monopoly, giving it the ability to reap all of the rewards. It now appears that it might have been a larger task than it was prepared to handle, and the country’s Public Property Agency (PPA) has struck a deal with two foreign companies, according to a Balkan Insight report. That deal will create public-private partnerships for the companies to manage all of the country’s gambling and lottery operations.

Novo Gaming M Technologies GmbH, part of Austria’s Novomatic consortium, will take control of all slot machines in the country. Novomatic is owned by Austrian billionaire Johann Graf and has operations in 45 countries. It exports high-tech gaming equipment to private companies in over 70 countries across the globe. Novomatic has 25,500 employees worldwide and more than 2,100 entities that offer 260,000 gaming and electronic roulette machines.

Lotteries and sports betting activities, meanwhile, will be overseen by NGM SPC Limited. NGM is a conglomerate created out of an alliance between Market AD, NGM and National Lottery AD. All three are a part of National Lottery AD, Bulgaria’s largest licensed gambling operator. National Lottery, according to media reports, has seen the greatest growth rates in all of Southeastern Europe over the past three years.

National Lottery is owned by Vasil Krumov Bozhkov, a Bulgarian that was recently exposed as having possible ties to money laundering after WikiLeaks published U.S. diplomatic telegrams that identified him as “the Skull.” In the documents, he was identified as being involved in “money laundering, privatization fraud, intimidation, extortion and racketeering,” but he has never been charged.

Moldova will receive a significant portion of the revenue from the gambling activities. An estimated 75% of the lottery-generate revenue will go back to the country, and 90% of sports bets will return to the country’s wallet. Meanwhile, 51% of gross slot machine revenue will be given to Moldova, a rate significantly higher than what is normally seen in public-private partnerships.

Gambling has come under fire in the country since 2016, when the ruling party’s leader, Vlad Plahotnuic, launched a crackdown on illegal gambling in casinos, as well as on gambling addiction that had “ruined people’s lives.” In November of that year, 200 police raided and shut down all casinos in one night. The following month, legislators drafted a law making all gambling activities, with the exception of casinos, a state monopoly to be controlled by the National Lottery of Moldova.