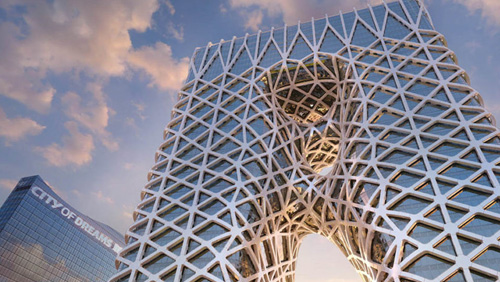 In a regulatory filing, the Asian casino operator announced that its net revenue grew by 3 percent to US$1.31 billion in the three months to March 2018 from the recorded $1.27 billion during the comparable period in 2017.

The growth was fueled by higher group-wide gross gaming revenue (GGR) in all gaming segments, according to Melco. The casino operator’s revenue, however, slightly missed the $1.32 billion estimate of financial analysts.

The EBITDA growth was mainly driven by increased gross gaming revenues in all segments, according to Melco.

“We continue to be optimistic on the outlook of the Macau market as the city’s gaming and entertainment markets continue to benefit from the improving demand environment, the anticipated completion of the Hong Kong-Zhuhai-Macau Bridge and the ongoing build-out of Cotai,” Melco Chairman and CEO Lawrence Ho said in a statement.

What’s remarkable about City of Dreams Manila’s data was its rolling chip volume, which improved by $400m to $2.8 billion, while mass market table games drop climbed $34.3 million to $188.2 million.

Looking forward, Ho said that his company remains committed to its pursuit of a license in Japan. He believes that Melco is in a strong position to help Japan realize the vision for integrated resort development.

“Japan continues to be a core focus for us. With the anticipated passage of the Integrated Resorts (IR) implementation bill later this year, the country will take a major step forward toward the development of the next generation of integrated resorts that will operate in this incredibly exciting, yet currently underpenetrated, tourism destination,” he said.