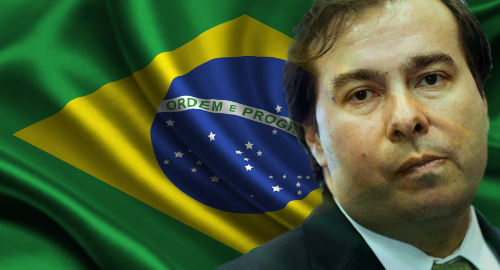 A key Brazilian legislator is urging his fellow deputies to narrow their gaming expansion focus to just land-based casinos and online gambling.

On Thursday, Rodrigo Maia, the president of Brazil’s Chamber of Deputies, urged his fellow legislators to prioritize a select few gambling expansion options in order to streamline debate and give gambling legislation a better chance of passing before the current legislative session expires on July 17.

For years now, Brazil has been attempting to pass legislation that would dramatically expand the scope of legal gaming in South America’s largest market. But bickering stakeholders and anti-gambling prudes have so far prevented any forward progression of these initiatives.

On Thursday, Maia (pictured) urged legislators to forego further debate on expansion items such as bingo halls, slots outside casinos and lotteries, focusing instead on two items: integrated resort casinos and online gambling.

Speaking at a meeting with tourism officials in his home district of Rio de Janeiro, Maia said he wanted to “present a project to regulate casinos and online gambling,” justifying the latter activity’s inclusion “because Brazil is losing money generated by” internationally licensed gambling sites currently serving local gamblers without local approval.

Maia cited studies indicating the revenue that the federal and state governments could reap by taxing expanded gambling revenue and the jobs that this expansion would create. But honestly, these studies have been floating around for eons with little effect on legislator’s views.

Ironically, this week saw Brazil ‘celebrate’ the 72nd anniversary of the day the country’s 71 casinos were closed by the government of the day, pushing over 53k employees to the unemployment line. For the record, the final spin of the legal roulette wheels landed on black 31.

Brazil is heading for general elections on October 7, and Maia is expected to be among those vying to become Brazil’s next president. Whether a Maia presidency would result in any greater movement on the gambling front is debatable, given that current President Michel Temer also expressed his willingness to sign any gambling expansion bill that legislators might approve.